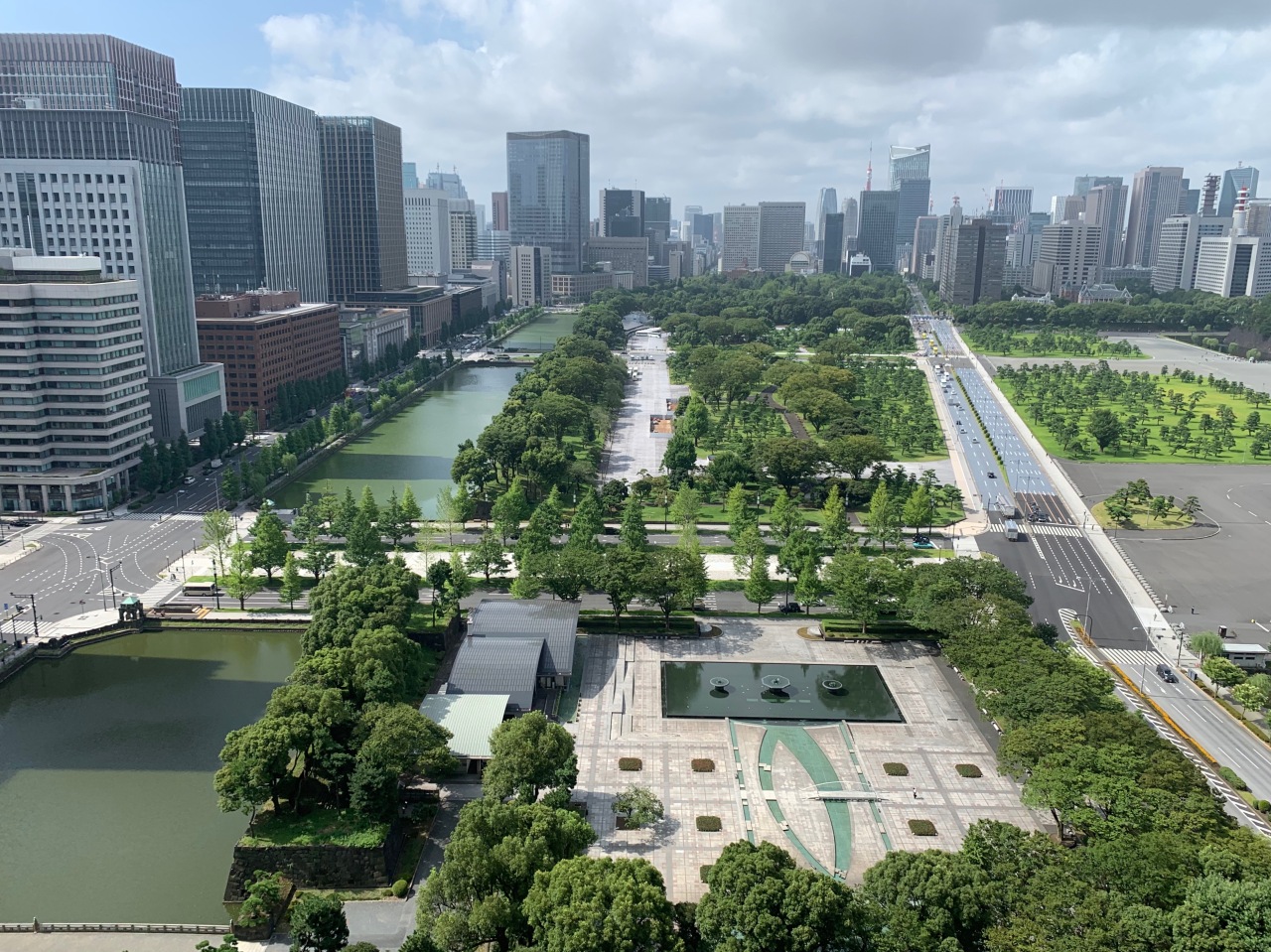 This morning we left Tokyo on the bullet train and it’s about time I summarise our time there. We have had a great time and it was the perfect introduction to a world so different from ours (even if the weather wasn’t the the best, extremely hot and humid but also overcast which is a shame. The odd showers didn’t refresh either, the humidity was up to 90%!)

On the first day, after an extra trip back to airport – I had somehow managed to leave my suitcase there (… let’s move on swiftly…) – after a nap, and after No 1 son found out his spectacular A Level results (so proud), we took a taxi to the area called Roppongi with the plan to see the city from above (Tokyo Sky Deck)… unfortunately an untimely monsoon and really strong winds scampered that idea so instead we visited an amazing exhibition by the Japanese artist Shiota Chiruri at the Mori Art Museum in the same building.

Outside, in the square stood one of those amazing giant spiders by Louise Bourgeois…

We then finish the day with the most amazing Tonkatsu in a small restaurant called ‘Butagumi’. Tonkatsu is breaded deep fried pork, we had the loin and it melted in our mouth, it is served with rice, thinly shredded cabbage and miso soup… totally delicious.

Day 2 saw us mastering the subway (really easy to be honest) then visiting two very different museums. On a side note I’m still amazed I got away with taking my crew to two museum in one day… they were probably too jet-lagged to know what was going on!

The first one was the small, but perfectly formed Sumida Hokusai, a splendidly modern building incongruously built in the middle of a residential area. It houses work by Hokusai, the master printer of the Edo period and we saw his famous ‘Great wave off Kagazawa’ amongst other beautiful works.

After that we walked to the Edo Museum… which is in the most bizarre building I’d ever seen… but it’s really interesting; it shows life in Edo – the old name of Tokyo for the past three hundred years, using models and interactive and life size exhibits. Really well made. It is great for younger children and adults alike.

And then we walked and walked some more taking in the many different sights around us.