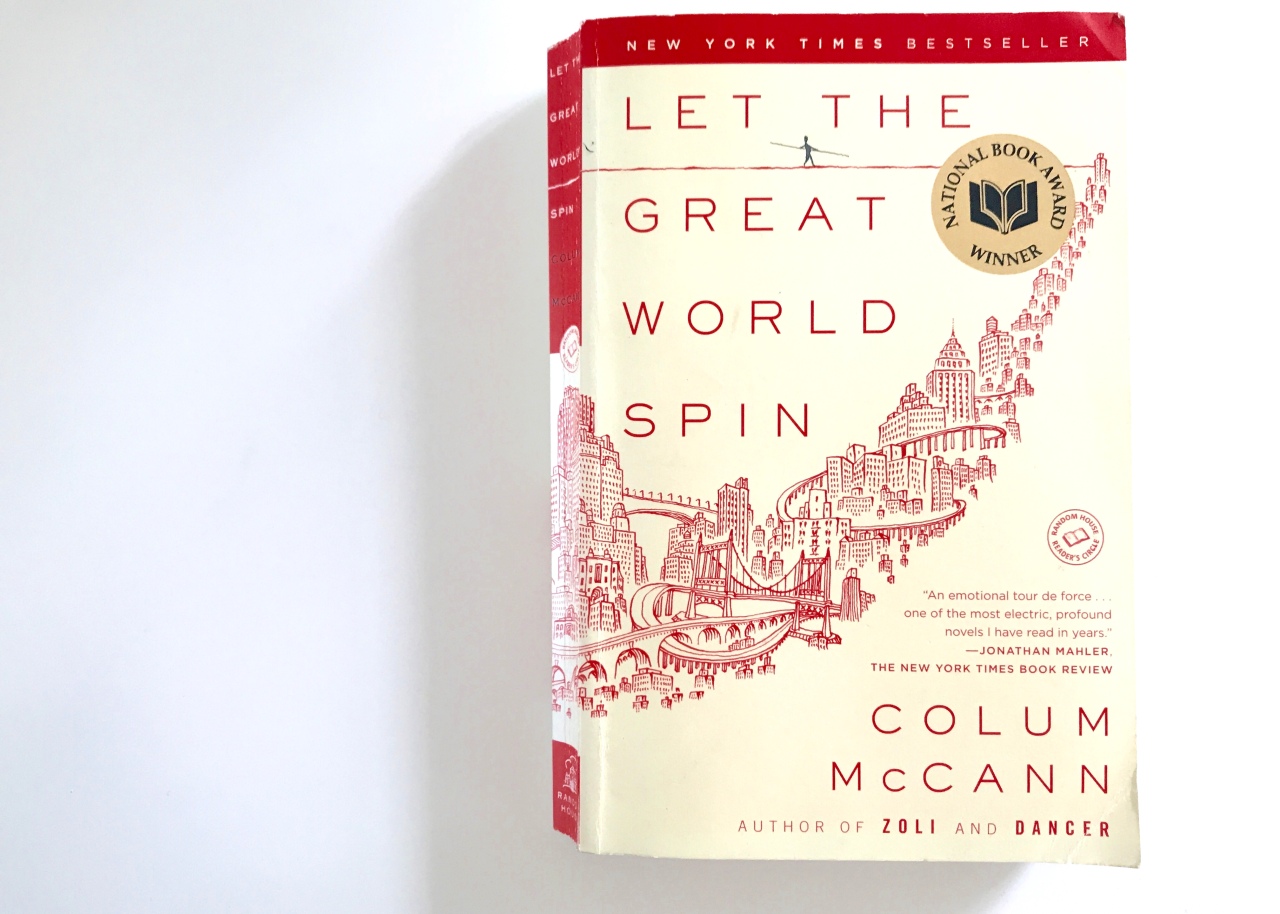 I loved this book.  In fact, I might go as far as saying that it shot straight into my top ten ever favourite books in the company of ‘the narrow road to the deep North’ by Richard Flanagan and  ‘all the light we cannot see’ by Anthony Doerr etc. etc.  There are many others ‘up there’… but that’s a conversation for another day.

I have, once again, no idea how this book ended up under my bedside table (a place I’m sure where books multiply by themselves)… it looks and feels like an American book so perhaps I bought it at the airport on the way home a few years ago… who knows. I have no recollection at all… but something must have made me buy it.

Did I say it’s amazing?  It’s one of those books that centres on a few characters somehow all connected to each other even if they don’t know each other, where the story goes back and forth but never looses its thread.  A funambulist crosses the space between the two towers, a devoted priests with a crisis of conscience, a worried brothers, pimps, prostitutes, a drug infested Bronx, mothers who have lost their children in war, people in accidents… people who should be divided by beliefs, by race, by society… Life is a big circle and we’re never isolated because knowingly or unknowingly we’re all connected… we’re all part of a big ‘something’.  The big circle of life.

I think it’s beautifully written too, just the way I like it… descriptive and yet surprising… what I call typically American, very different from and English voice.

This is how it begins:

Those who saw him hushed. On Church Street. Liberty. Cortlandt. West Street. Fulton. Vesey. It was a silence that heard itself, awful and beautiful. Some thought at first that it must have been a trick of the light, something to do with the weather, an accident of shadowfall. Others figured it might be the perfect city joke—stand around and point upwards, until people gathered, tilted their heads, nodded, affirmed, until all were staring upwards at nothing at all, like waiting for the end of a Lenny Bruce gag. But the longer they watched, the surer they were. He stood at the very edge of the building, shaped dark against the gray of the morning. A window washer maybe. Or a construction worker. Or a jumper.
Up there, at the height of a hundred and ten stories, utterly still, a dark toy against the cloudy sky.

Or my favourite line: Long ago, long ago. The simple things come back to us. They rest for a moment by our ribcages then suddenly reach in and twist our hearts a notch backward.

and then it ends:

The world spins. We stumble on. It is enough.