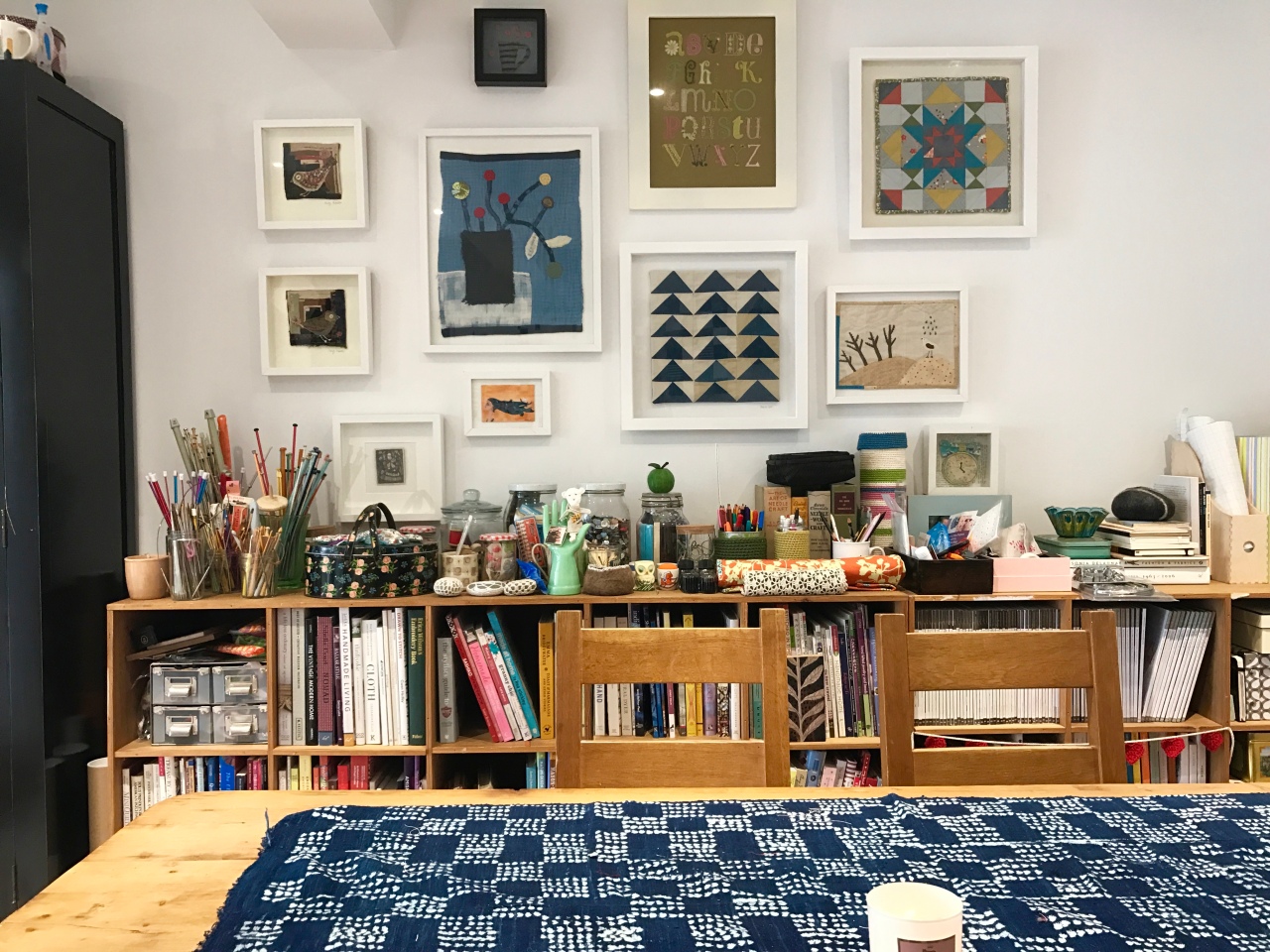 I was going to start by apologising for the number of photos I’m going to post… but I won’t… because in a week, when the place will once again look like a bomb site (post explosion) I can look back and reminisce … and remind myself of the way it can be.

So anyway, let me start by saying it’s a huge room (9m by 5), bigger than some of the whole flats I lived in when I was single.  I know I’m lucky.  Stupidly, pinch myself lucky.

On the wall there’s a mix of things made by me and by people whose work I really enjoy.  (Mandy Pattullo,  Cathy Cullis,  and Wendy Crabb who used to blog under the name Green Girl Art but know I’ve lost her)

Yeah… this is AFTER the cull, after the streamline operation of the last two days.  I just can’t do minimalism.  It just isn’t me.   Let’s accept it and move on.

Ah… my yarn cupboard.  I love it.  It was an old medicine cupboard in its youth, now it holds medicine of a different kind… yarn, fibres… good for you, right?

The two old bookcases next to it were salvaged when Mr M purchased its offices.  Left behind and abandoned in favours of  more modern and sleek office furniture.  One man rubbish… blah blah blah… 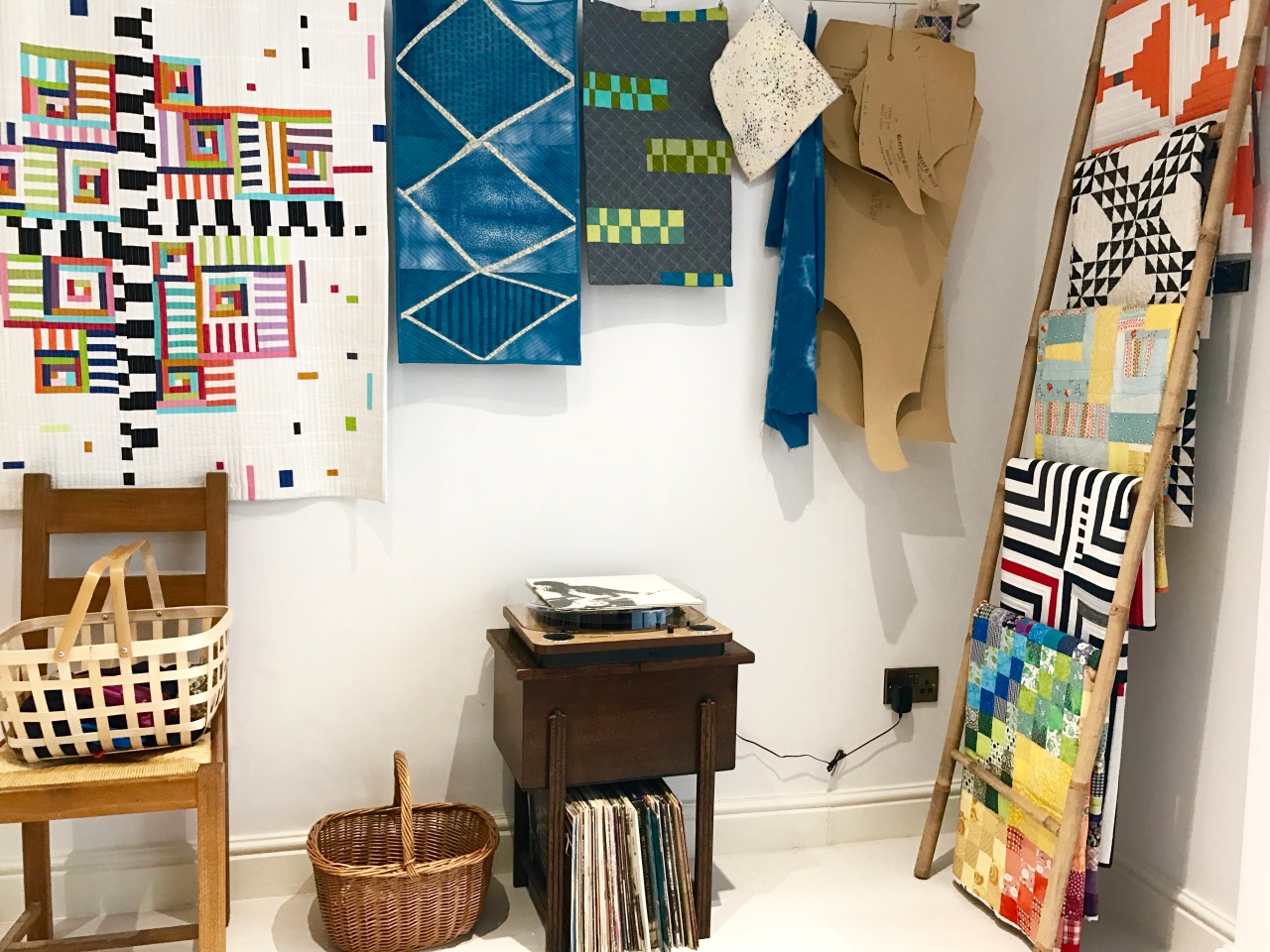 So there you have it.  The other half is still waiting for shelves and a coffee table and a proper tidy up too.  Keep watching.  But don’t hold your breath… I might be a while.