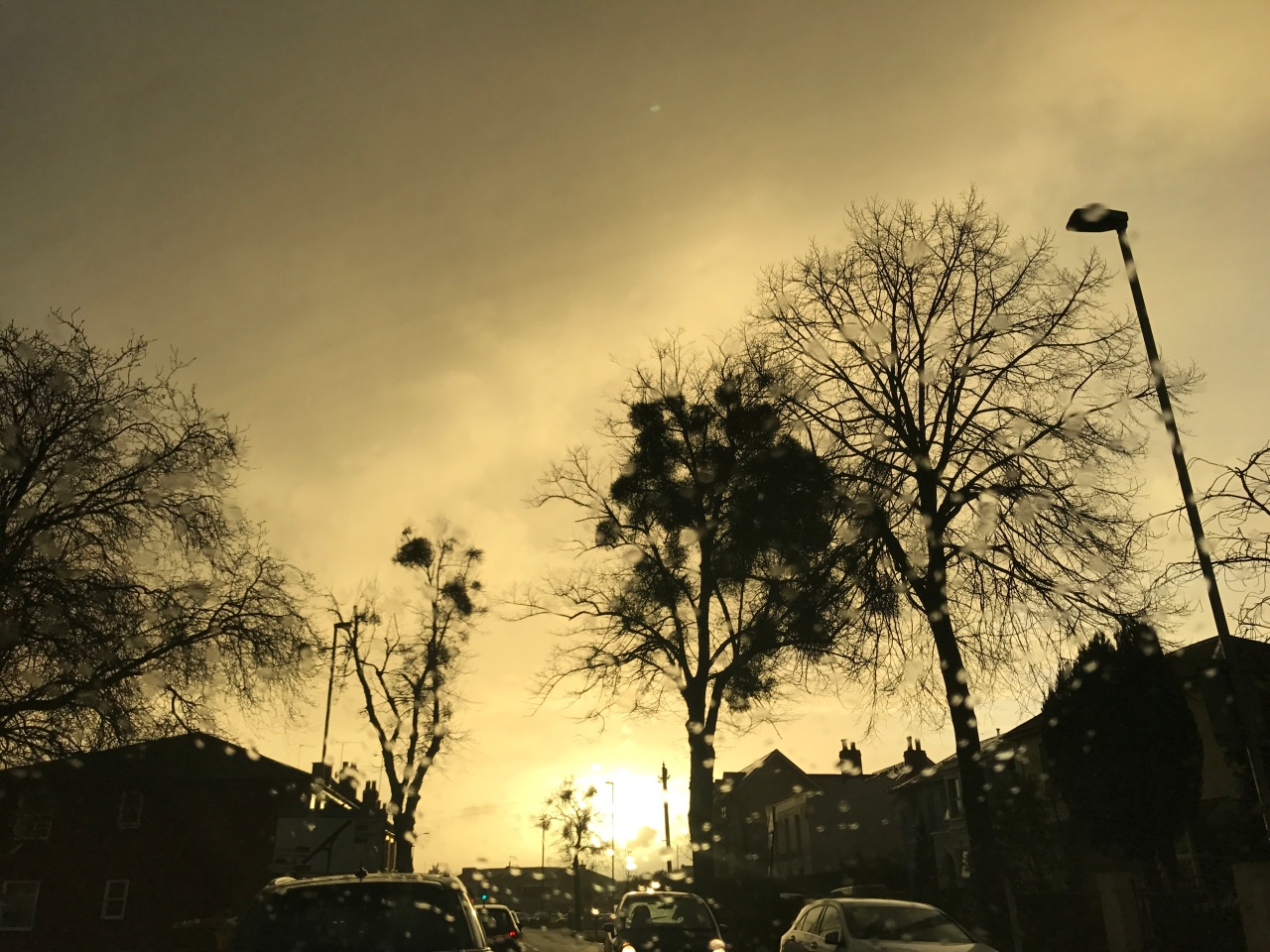 I took this photo yesterday afternoon on my when on  my way to pick up No 3.

The sky was this weird grey/yellow that, frankly, was a little spooky.  My grandmother would have called it ‘earthquake sky’ based on no scientific reasons whatsoever.  But then again she had a plethora of eccentric sayings like that one… if you couldn’t find something?  “Look where there’s no snow“, if you left the door open? “where do you think you live, the Colosseum?“, if you drank a glass of water too quickly?  “you’ll get frogs in your stomach“, (which, when you’re a child is mildly terrifying at best).

Yeah, she was something else.

(But the sky had a kind of post-apocalyptic hue… don’ you think?).

And then you read the news about Trump warning the North Koreans about their nuclear arsenal and the ancient fear about a nuclear war I used to have when I was ten bubbles up to the surface again… I’m 46… and when I was 13 the school made us watch “The day after” movie (not a Disney film…) and that was not that long after the Chernobyl  disaster when we didn’t have milk and vegetables for a while and in my young mind… that was IT.  We were all going to die a horrible radioactive death.  Invisible killer radiation would have got us all.

I should have titled this post a sarcastic “cheerful Friday”.

Hi there spy guys, want to learn to quilt?

On a completely different subject I watched 8 games of hockey so far this week.  Two more tomorrow, plus a rugby match and another hockey tournament on Sunday.  I deserve a medal.  Boys did great though, both No 1 and No 2 school teams made it through to the regional phase of the school cup having come second in the county.

As a prize to myself (of course) I ordered a whole box of hand warmers (great to stick inside your mittens) but also some feet warmers.  Those are new to me and will report on their effectiveness, apparently they’re thin adhesive heating pads you stick to your feet….  I’m hoping for a life-changing discovery.