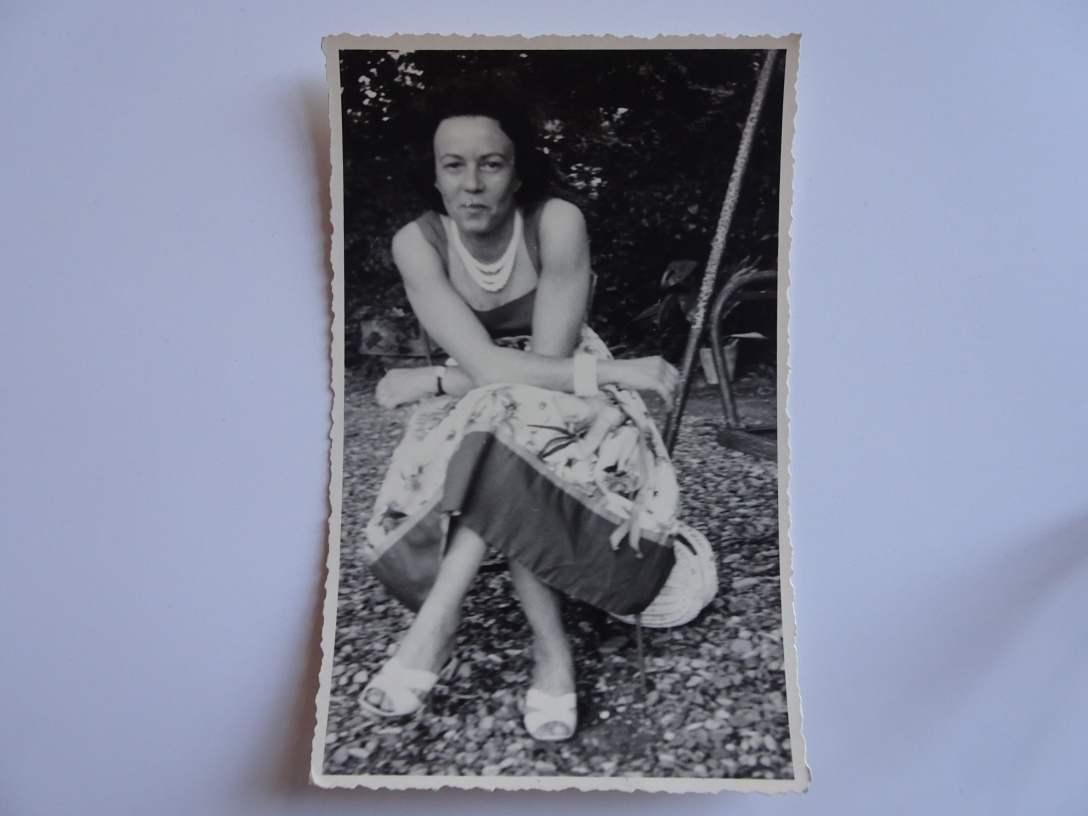 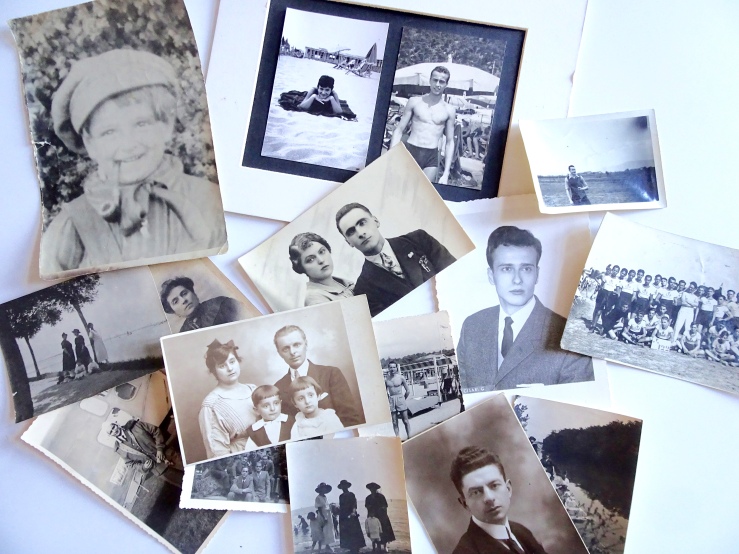 I don’t know what made me start on this project again… maybe the phone call from my dad, sad because his cousin had died before he could visit her again (the snow had made the journey impossible for him)… or maybe because Mr M’s mum is losing her stories and she’s had a most interesting life… or maybe it’s just a bit of melancholia about the crazy fast flowing of time… kids growing up fast, grey hair… this crazy world that seems so upside down at this present moment in history…

Who knows.  It doesn’t really matter.

All the photos you see and many many more were given to me by my dad and are now safely scanned and inserted in the boys family tree which travels from the South of England to the North of England, to Scotland, to India… and then Italy of course, different regions, different stories…  There are mysterious happenings in India, there are sniffs of ‘barons’ in Italy… all these need to be investigated.

They need to be fixed on paper or they’ll be lost.  Already so many have been lost.

So it looks like I’m going to be going onto a metaphorical journey across Europe and beyond…  fancy coming with me?

On a totally different note I have a cute thing for you.  Are you familiar with the ‘seven degree of separation theory’? (“Six degrees of separation is the idea that all living things and everything else in the world is six or fewer steps away from each other so that a chain of “a friend of a friend” statements can be made to connect any two people in a maximum of six steps)

WELL, get ready for this…