It should be music Friday… but I woke up with a splitting migraine so let’s talk quietly about books instead.

My latest read was “The Paris Wife by Paula McLain

I have non idea what made me buy this book, like many it collected dust under my bedside table for months, years maybe, but it was a really lovely surprise.  (Frankly the cover is ghastly)

This is a really well written book,  the atmosphere of Paris at the time and the characters are all beautifully brought to life and ‘real’, in all their flaws and virtues and complexities. A whole host of ‘famous people populates the Jazz age Paris – Gertrude Stein, Scott and Zelda Fitzgerald, Ezra Pound… just to name a few – Hemingway himself is portrayed quite sympathetically and the author offers a more ‘down to earth’ side of his personality… and of course nowI’m king of itching to read and re-read some of his books, especially “The sun also rises” which talks about the event that take place in this novel.

I’m not spoiling anything in saying it hasn’t got a happy ending, but it didn’t leave me sad or mauling.

Anyway, it’s worth reading if you like biographies or Hemingway or simply well written prose.

Hadley and Ernest on their wedding day: 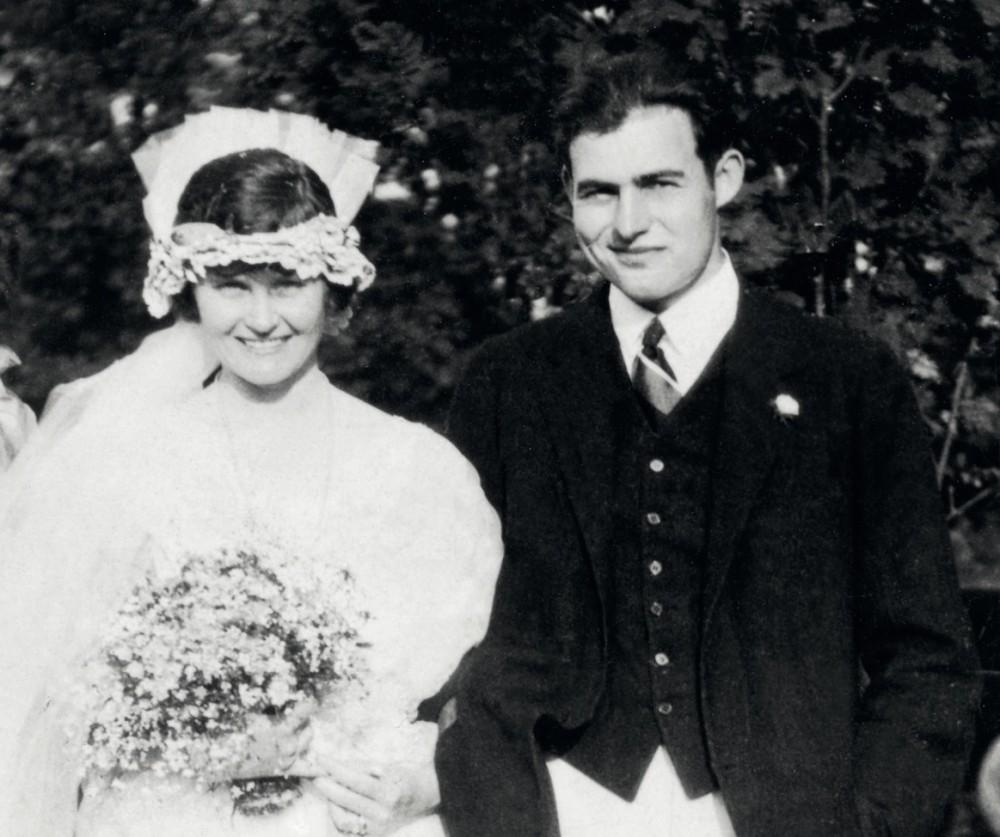