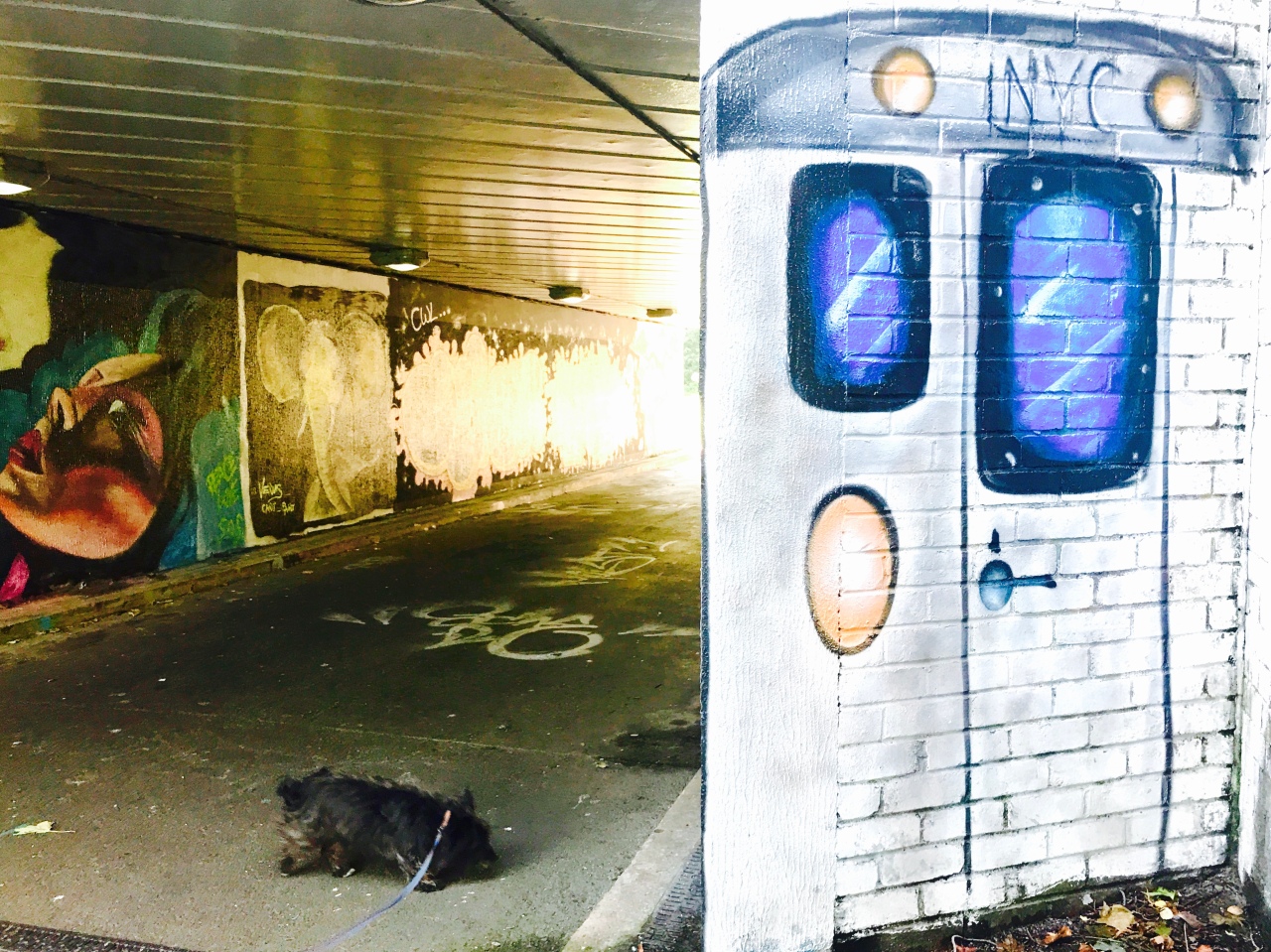 You know me by now… I love travelling and exploring new places.  I find it most refreshing and invigorating.  When life gets a little humdrum… I need to do/go/learn something new.

This doesn’t mean that  I don’t envy people that always holiday in the same location (hey I’m a gemini after all it’s my prerogative to be contrary).   When a place becomes their own, becomes them, part of the fabric of their lives, memories are woven with a location, a house, a town and year after year they add to this experience till they create this cozy blanket that is incredibly comforting and reassuring and reaffirming of one’s place in the cosmo, I think.

But it’s isn’t me.  Even if at times I’d like it to be.  There are places I want to go back to to get to know more… but they could never be ‘it’.  New places are like a drug almost, the unexpected path, the surprising view, the unknown.  I find more comfort in the new and unknown than in the old and familiar.  Most of the time anyway.  And it’s not that I’m brave or an intrepid explorer of anything… I’ve never really travelled on my own and I don’t like walking around in the dark at night… but the new?  It’s intriguing.

Also, whilst I love travelling to far away places I’m a firm believer that one should get to know one’s own hometown which is why I like driving down streets I’ve never driven down before – something that drives the boys and the occasional taxi driver mildly insane, and which is also why I’ve taking Lilli the ferocious beast on some unusual walks lately.   I’m so bored of the park by our house… she’s not but… tough… I hold the lead, right?  She takes her revenge by barking at every single person walking on the pavement by our house so I’d say we’re even!

On Sunday Lilli and I visited a local car park (stay with me…) because I’d heard that as part of the Street Art Festival a whole wall at the back of it had been painted by different street artists. 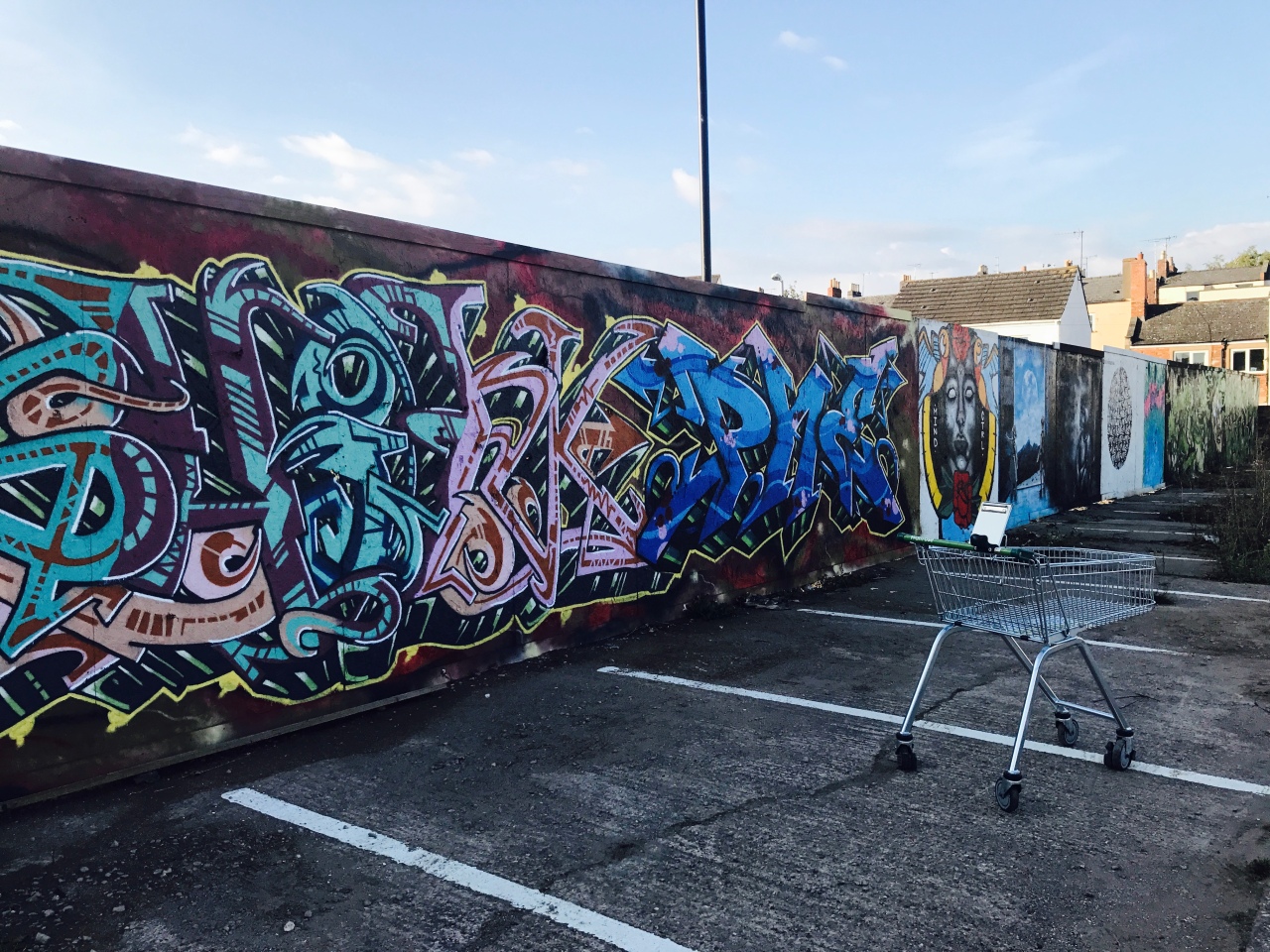 You know me and street art… I find it fascinating… 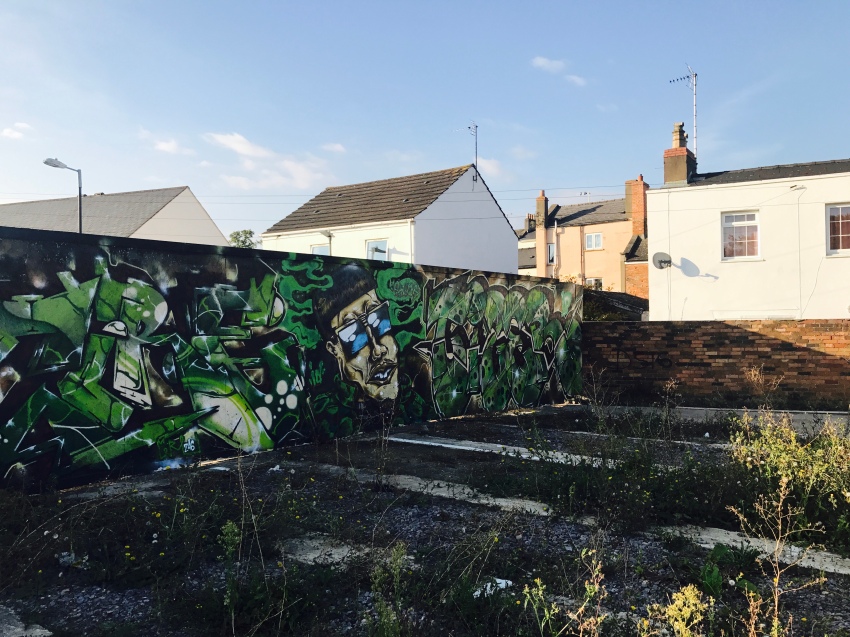 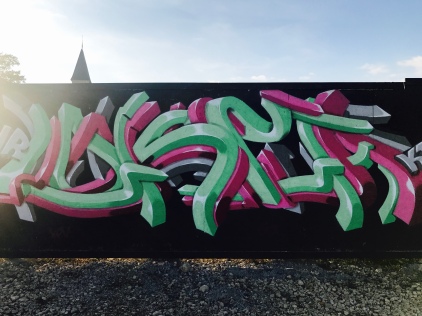 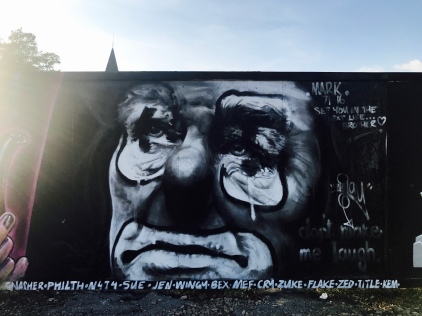 Today we walked part of the Honeybourne line, a path that used to be part of the old railway line connecting Cheltenham (where I live) and Honeybourne, in Worcestershire.  It’s now a cycle path and I’m ashamed to say it was my first time on it in 23 years of living here.  Shameful, I know. 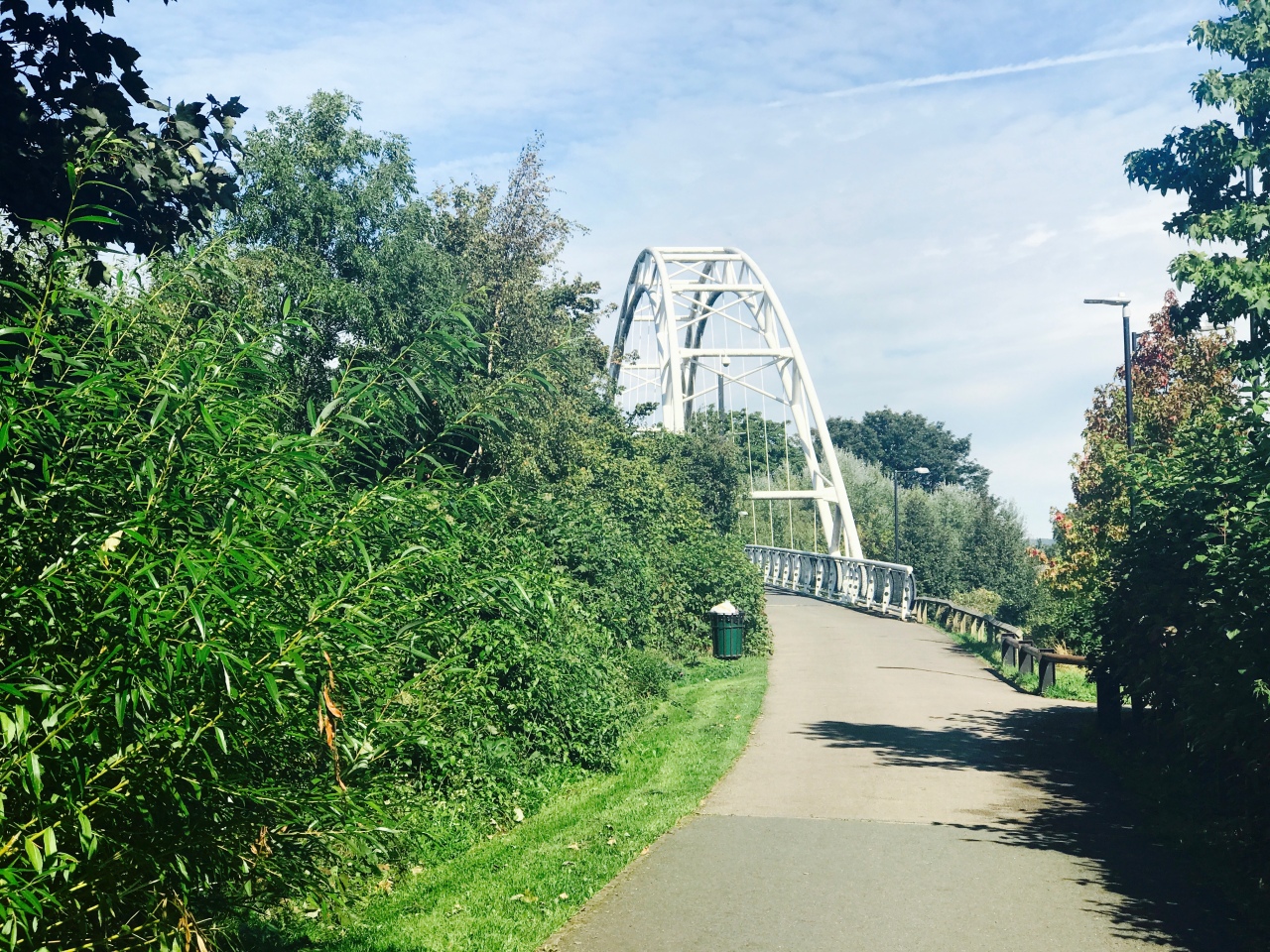 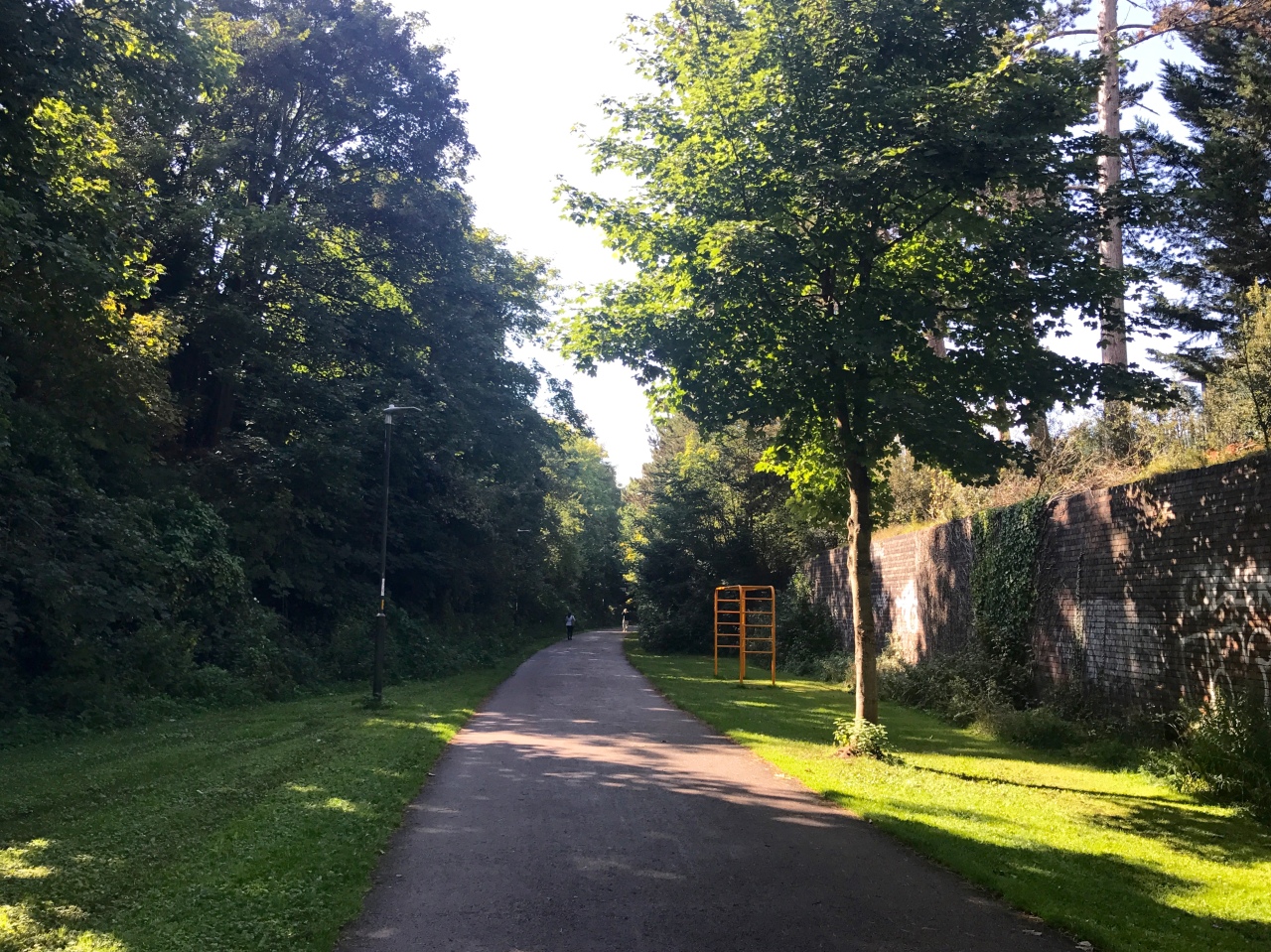 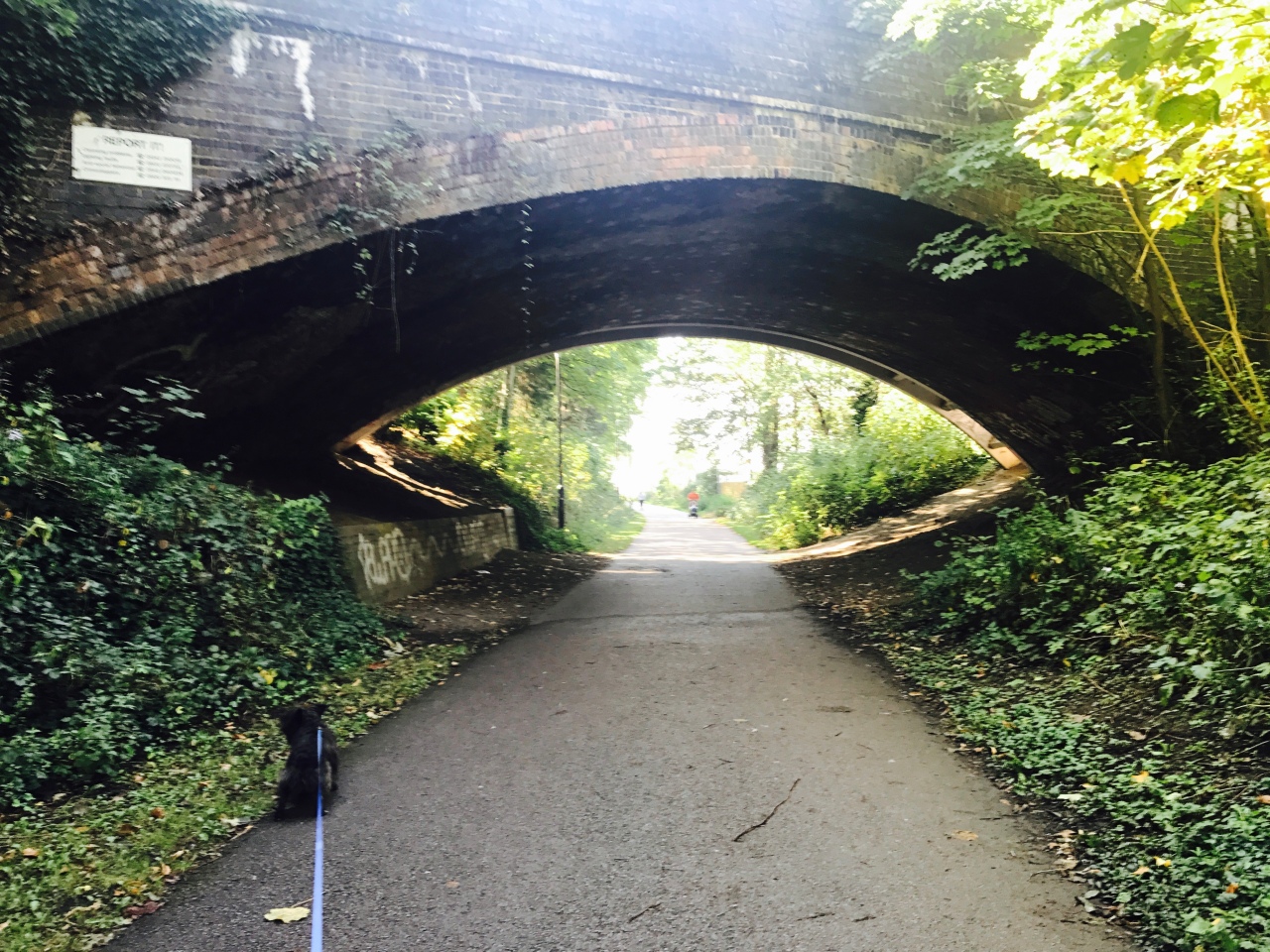 What a pleasant surprise!

It was green and lush, clean and tidy, full of lunchtime joggers and mums with prams… but not too crowded as you can see.  Lilli had a field day with all the new smells and is now collapsed on the sofa with a smile on her face.

I had the pleasant surprise of many more graffiti from the same street art festival so we were both happy.

An urban oasis hidden from the road… with a spot of street art… result. 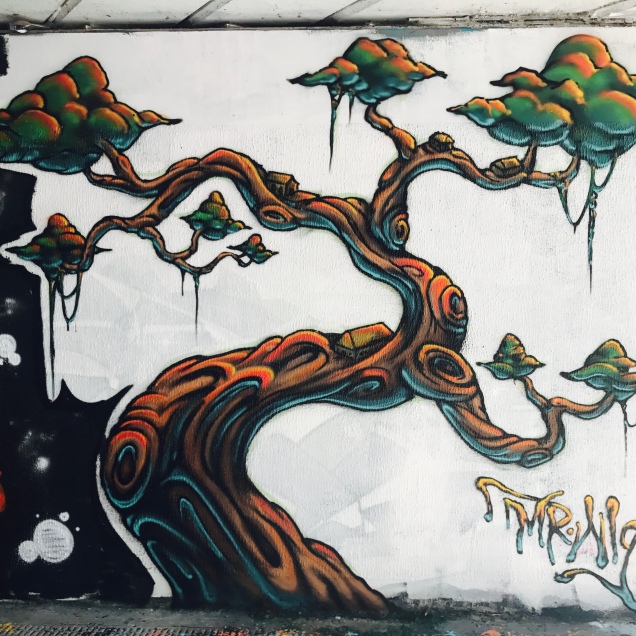 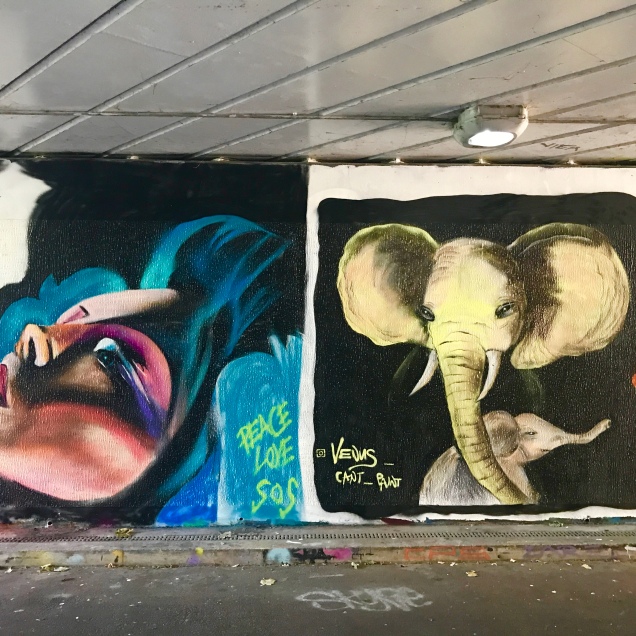 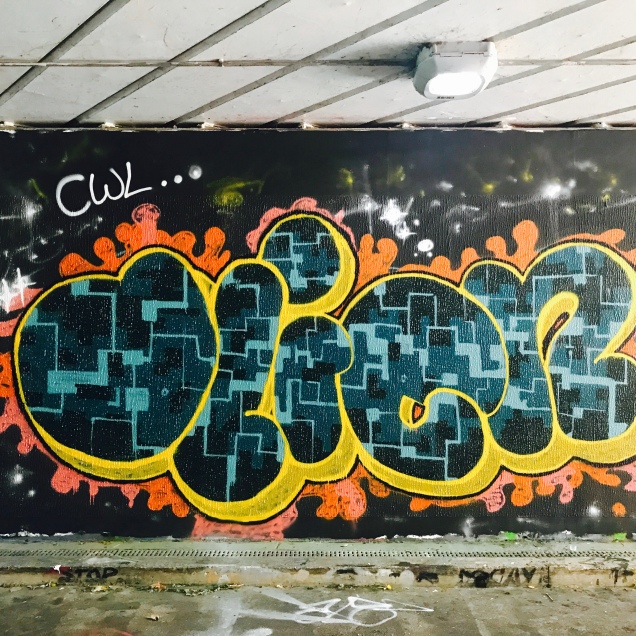 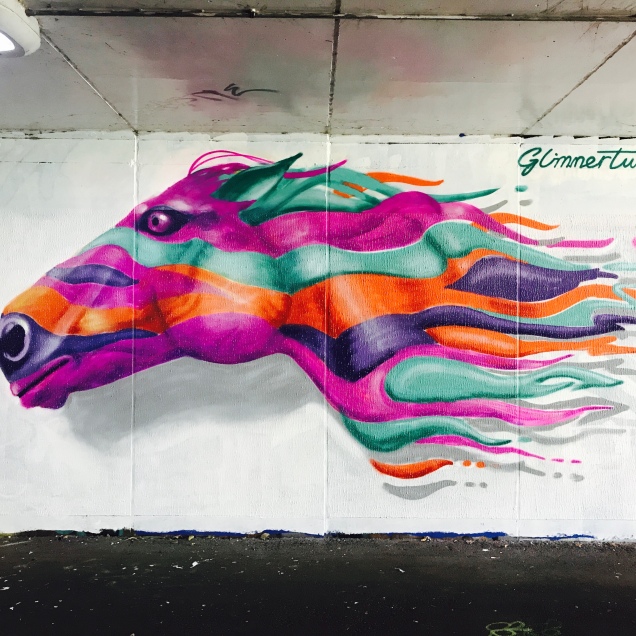 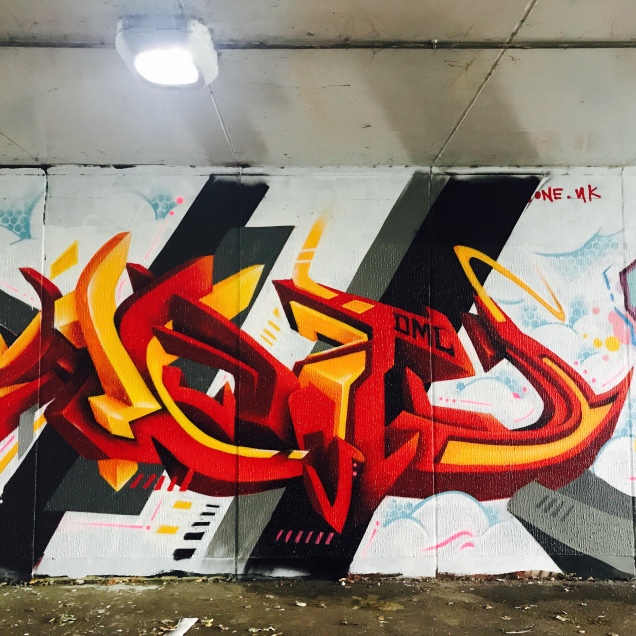 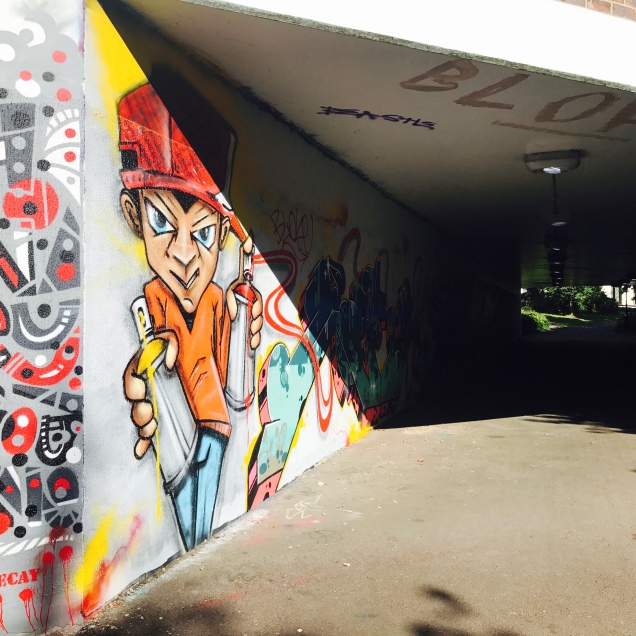 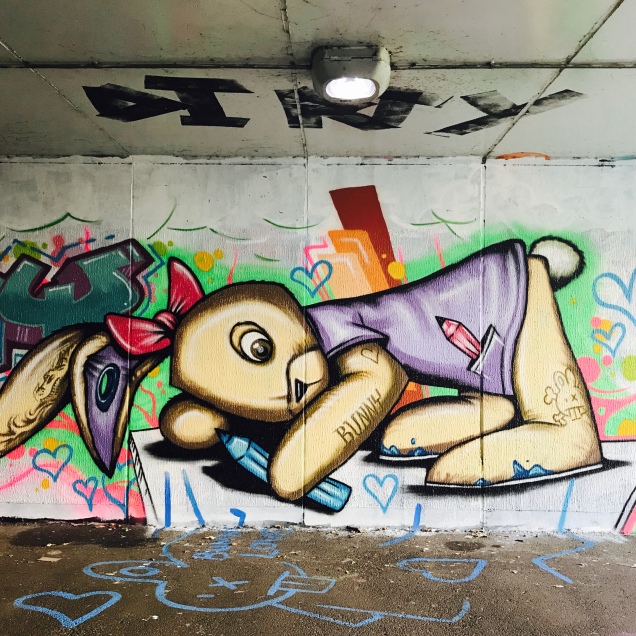 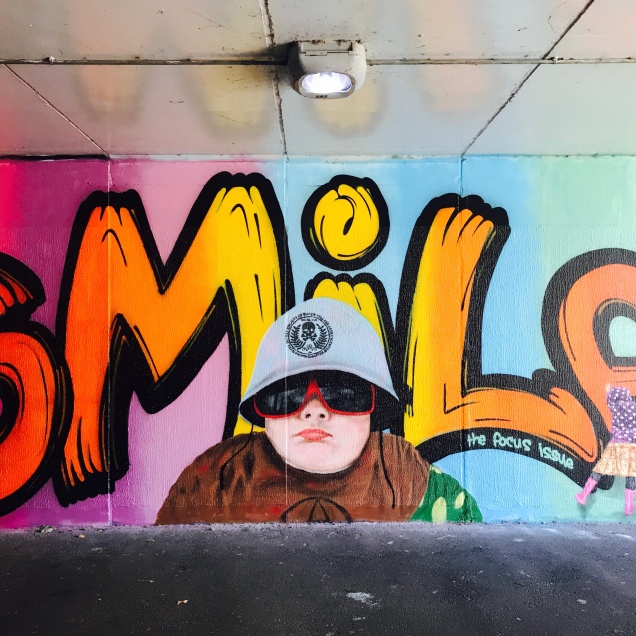 So the moral of the rambling story is that it’s worth leaving the trodden path because you  never know what you’re going to find.  I look forward to exploring a little more… near or far.