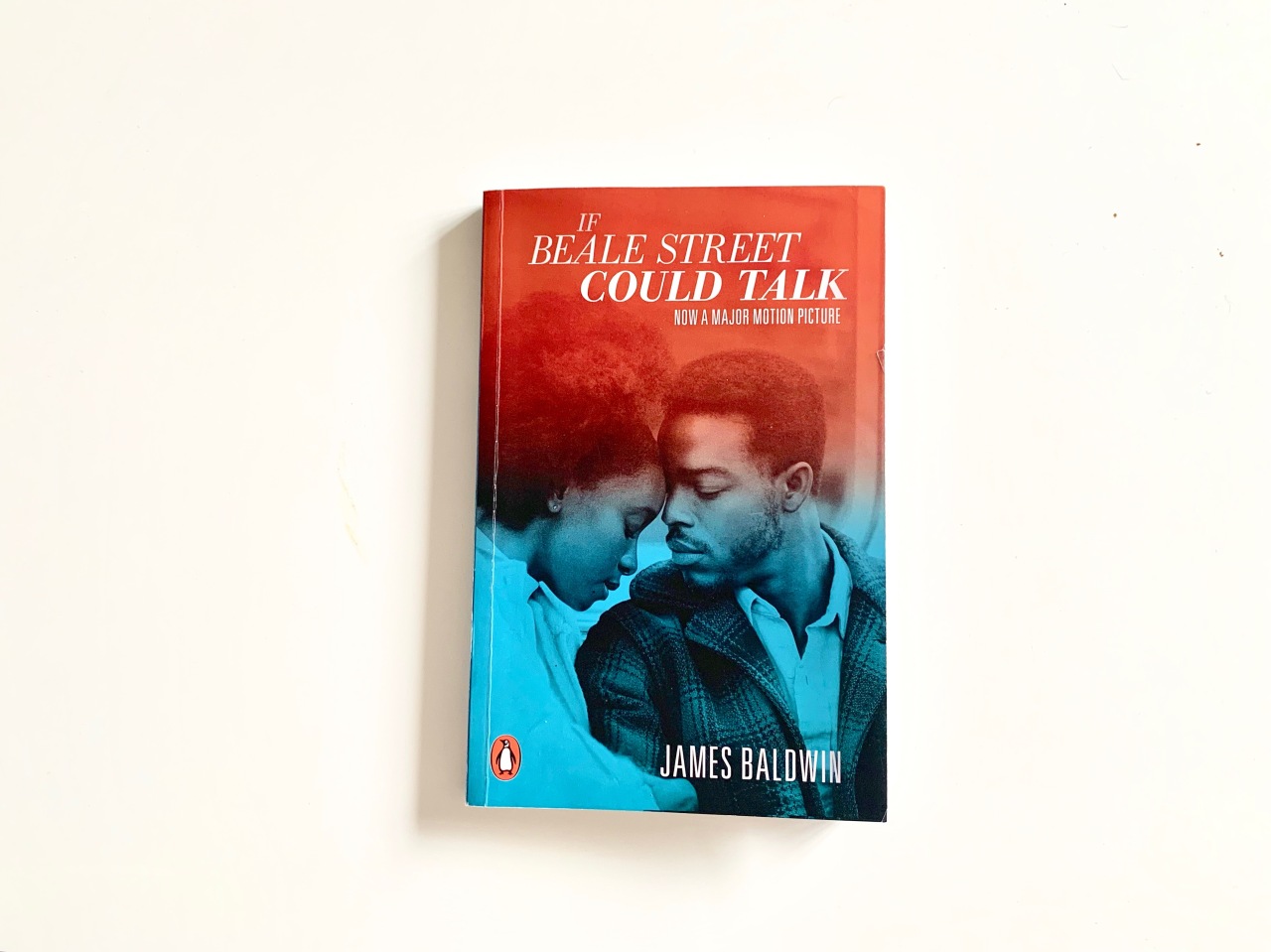 If Beale Street Could talk (by James Baldwin)

I’ve been sitting in front of my screen for a while because I want to do this book justice. I haven’t seen the movie and I’m not sure I want to right now… maybe in a while, when the rawness of the book has died down. I have to say that rarely movies manage to maintain the subtlety and depth of the written words and I don’t want the memory of this novel to be spoilt.

If I were to choose just one word to describe this book I’d say ‘raw’. Baldwin doesn’t pull any punches… he can be incredibly tender and delicate, but he’s equally as direct and hard and truthful and intense, and honest.

It’s a love story, it’s a survival story, it’s about growing up in Harlem in the ’70, it’s about being black and not been treated fairly. It’s about institutionalised racism and the search for justice, and it’s about humanity at its best and its worst.

Baldwin’s writing is about the injustices put upon black lives decades earlier than #blacklivesmatter movement. His writings is ‘raw’ because he’s determined not to hide anything, he wants everyone to see how unfair society is, how racist, how unequal. BUT he also wants you to see the love and the passion and the vulnerability.

Baldwin too had grown up in Harlem, but moved to France at the age of 24 (in 1948) to escape the prejudice and racism of America at the time. He says he didn’t want to be seen only ‘an Afrian American writer’, and even though he lived in exile Americans went to him: famous artists like Miles Davis, Josephine Baker, Sidney Poitier, Harry Belafonte, Ray Charles, and many more made pilgrimages to see him. He was friend with Jean Paul Sartre, Nina Simone, Allen Ginsburg and so many others… and on his death in 1987, Toni Morrison published a eulogy, published in the New York Times:

You knew, didn’t you, how I needed your language and the mind that formed it? How I relied on your fierce courage to tame wildernesses for me? How strengthened I was by the certainty that came from knowing you would never hurt me? You knew, didn’t you, how I loved your love? You knew. This then is no calamity. No. This is jubilee. ‘Our crown,’ you said, ‘has already been bought and paid for. All we have to do,’ you said, ‘is wear it.’

This book is not a comfortable read.

But it should be read..