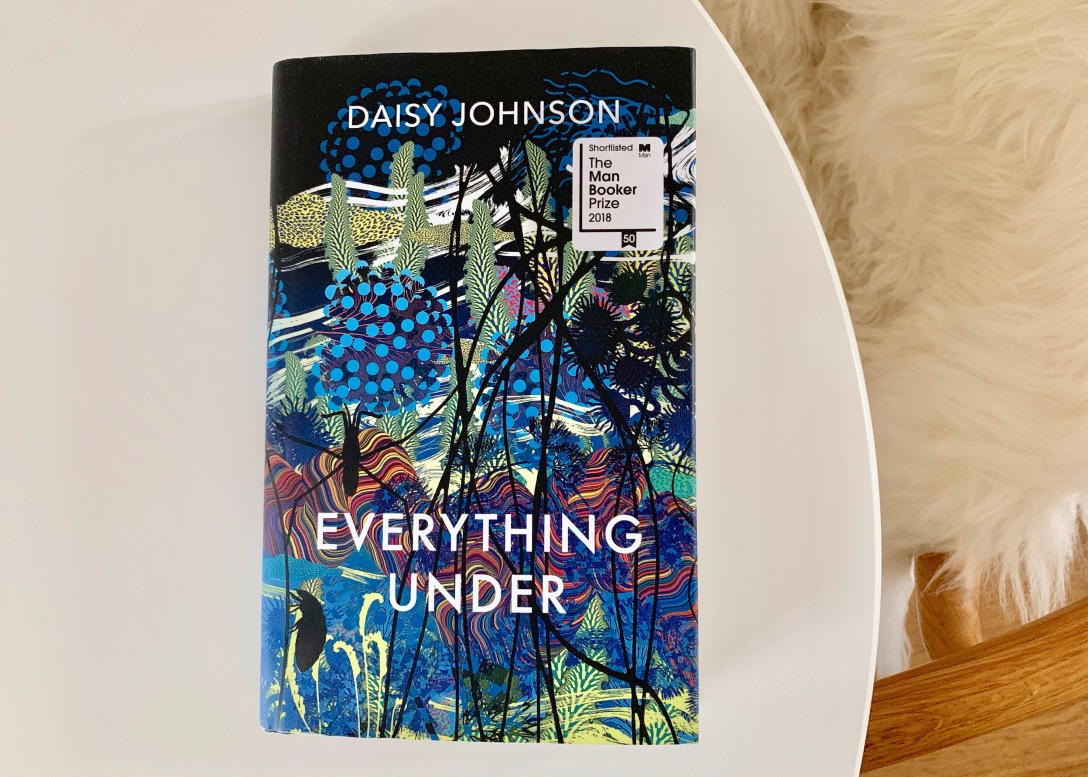 Everything Under by Daisy Johnson

You have to understand that for me to stick to the ’48 books challenge’ has been extremely difficult.  Rewarding and interesting… but difficult.  That’s one thing, the other thing is that ‘rules are meant to be broken’, right?  Not all the time and not all the rules… but a little rebellion spices up life too…

Are you with me so far?

With this in mind I can safely say that attending the Cheltenham Literature Festival back in October without buying and/or reading any of the books I saw would have been a kind of torture that’s probably banned by the Geneva Convention on Human Rights, so of course I bought books and … yes I read one…  A NEW ONE, still in hardback (guilty pleasure) even if I haven’t finished my self-imposed task.

I picked this one, kind of randomly,  because of the intriguing title probably but as soon as I read the amazing first page I was hooked and had to have it.

The story is great, off beat and mysterious, you get really fond of the characters and at the end everything is all tidied up neatly.  It’s the writing that makes the book totally brilliant.

Skilfully, masterfully, written… you’ll be shocked and saddened and amazed… it’s a modern fairytale, it’s an old Greek tragedy (a re-tell of Oedipus), it’s harsh and it’s moving, it’s about filial love and forgiveness and old age and death.

Gretel has grown up on a boat along a river with her mother and nobody else, it’s just the two of them, and their own language… until they’re not.  And then her mother disappears, leaves her, and Gretel, now an adult, finally finds her and tries to put the pieces together in an attempt to understand who she is and what happened.

Seriously, it’s a brilliant book that in my opinion would have deserved winning the Booker Prize.