More quilts.  Hang in there…  I wrote this post yesterday and then managed not to press ‘publish’… so today you’re getting a long double one effectively.  Grab a cup of tea and let’s go

So first up Ruth Singer ,  who had a residenship at the Staffordshire Record Office and researched and created artworks inspired by female criminals who’d been imprisoned in Stafford Prison from 1877 to 1915.  First of all let’s ignore for a moment the horrible things that go on in society right now and marvel and rejoice for the fact we live in a world that still makes space for art and where a Record Office has an artist in residence.  There’s hope after all, right?   Second… what an interesting job!!

The series is called ‘Criminal Quilts’ and it’s strangely (or perhaps not) moving.

And now for some old ones…

Nothing is really known about this top, provenance nor maker, but these mauve fabrics came into vogue in the second half of the nineteen century, when new dyes were discovered that yielded this colour.  In 1856 a gentleman called William Henry Perkin accidentally discovered a dye that turned silk purple: mauveine.   Mauve was also an acceptable ‘half-mourning’ colour after a period of ‘black’ mourning… so perhaps… who knows… 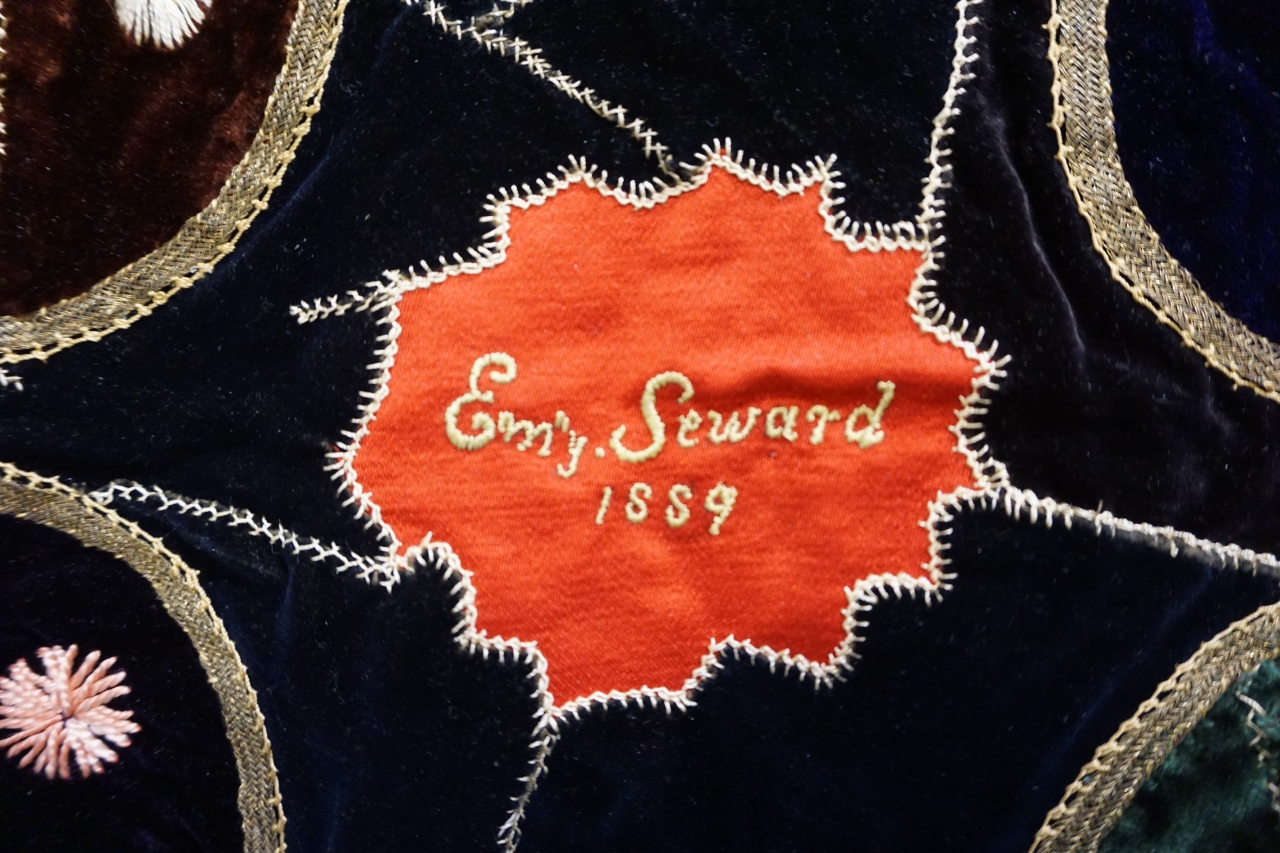 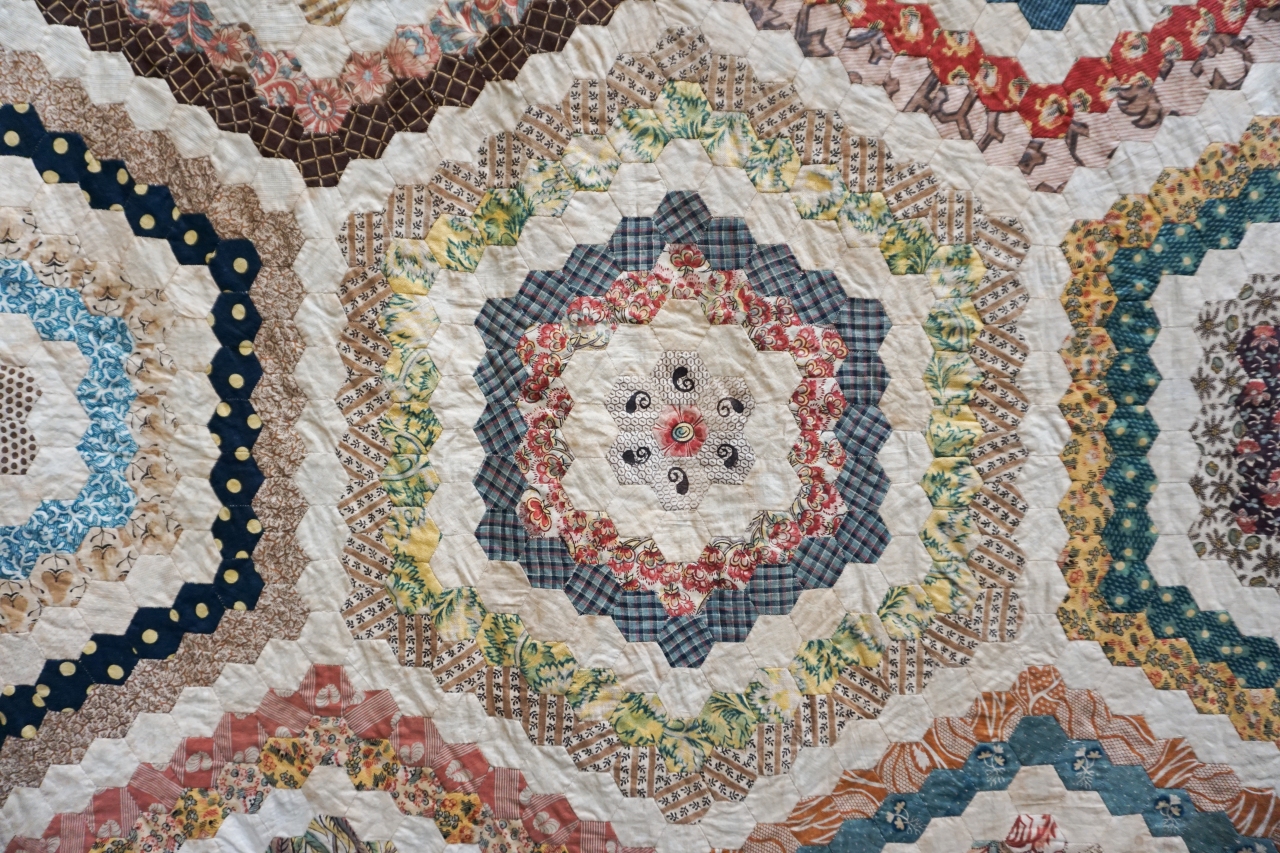 let’s walk the floor for a while:

Stupidly I didn’t take a note of the author of this wedding ring quilt… but it was made out of paper it seems… absolutely gorgeous.

And check out this quilting! (Deborah Lobban, Where’ s Dave) Snow in the desert, Caroline Villars Then there was the 14th Quilt Nihon 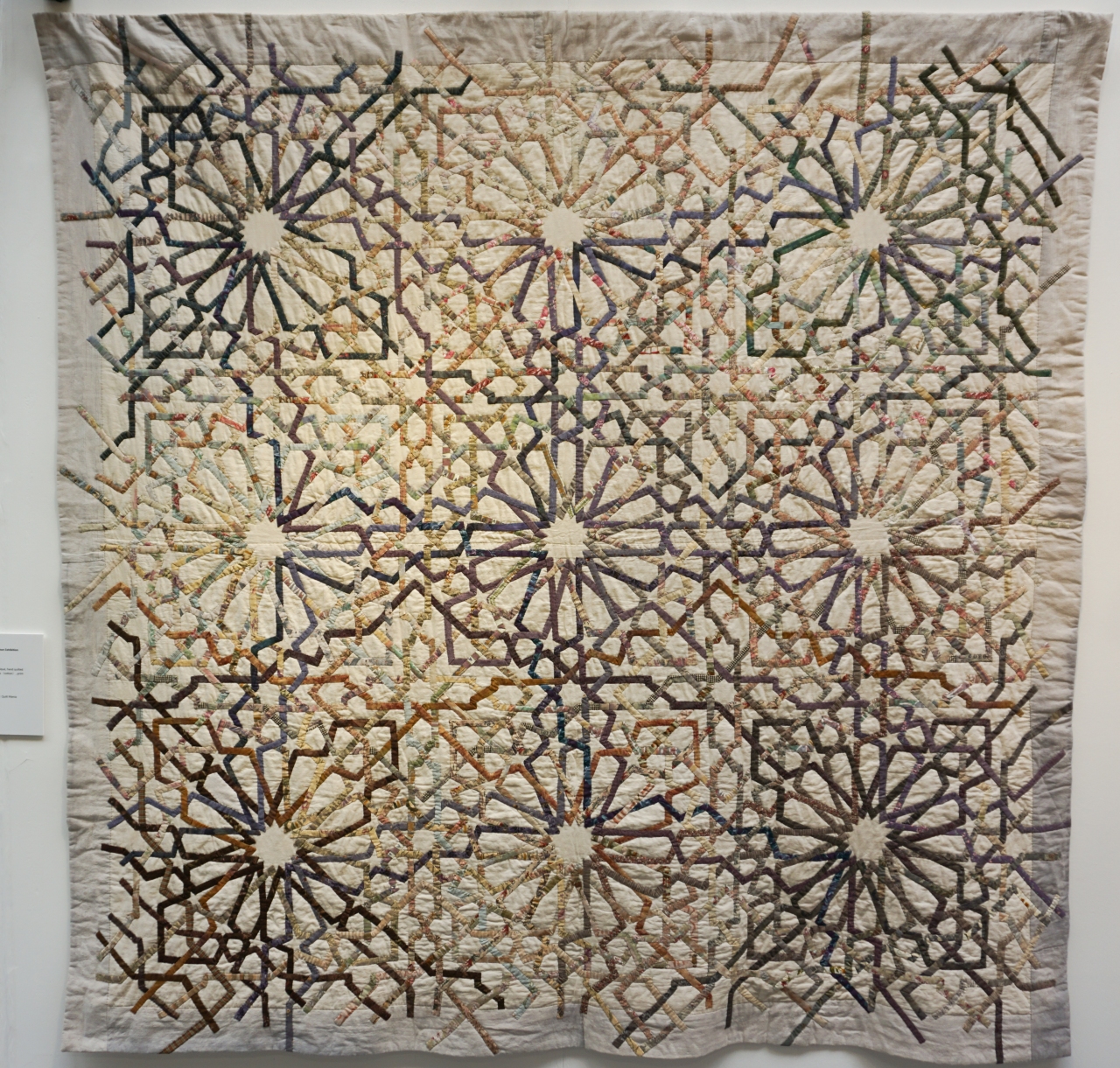 And to conclude this tour de force a few from the Fine Art Quilt Masters 2018: 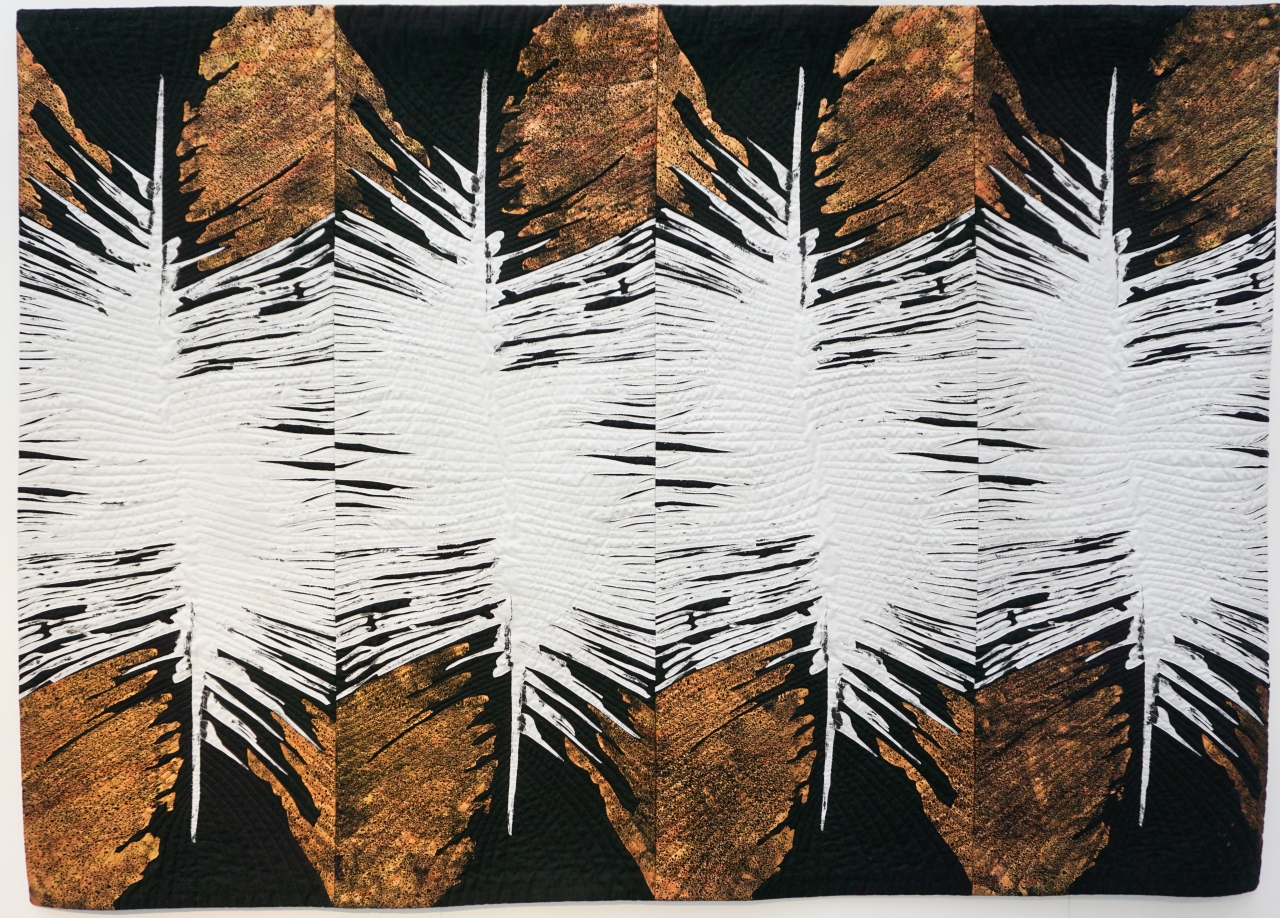 And that’s a wrap… you’ll be relieved to know.  I enjoyed the show this year, I went on the last day and it wasn’t too crowded and the photos I’ve shown you are only a very small percentage of the amazing quilts that were there… the ones that cought my eyes, the ones that rang a bell in my mind… but there were more many more… and I already look forward to next year!