Why oh why did I wait so long to read this book?  I can only say it’s because at the time it was published its popularity had put me off;  or maybe it’s because I’m not too keen on ‘war’ books.  Growing up mum had force fed me with the sad novels of Eric Marie Remarque which she loved (for a person who’s always happy she likes remarkably sad books!) and therefore I stayed away from the subject for years.  (Side note, ‘nothing new on the western front’ is a really good book.  Just not a laugh a minute type novel).

But this is different.  It’s not a long book, there are no long description of battles, and of course the war is ever present like the air the characters breath, but it’s all about the psychological effects of the war.

And it doesn’t pull any punches.  It’s harsh in places and tender in others.  It’s as human and as inhuman as war is. 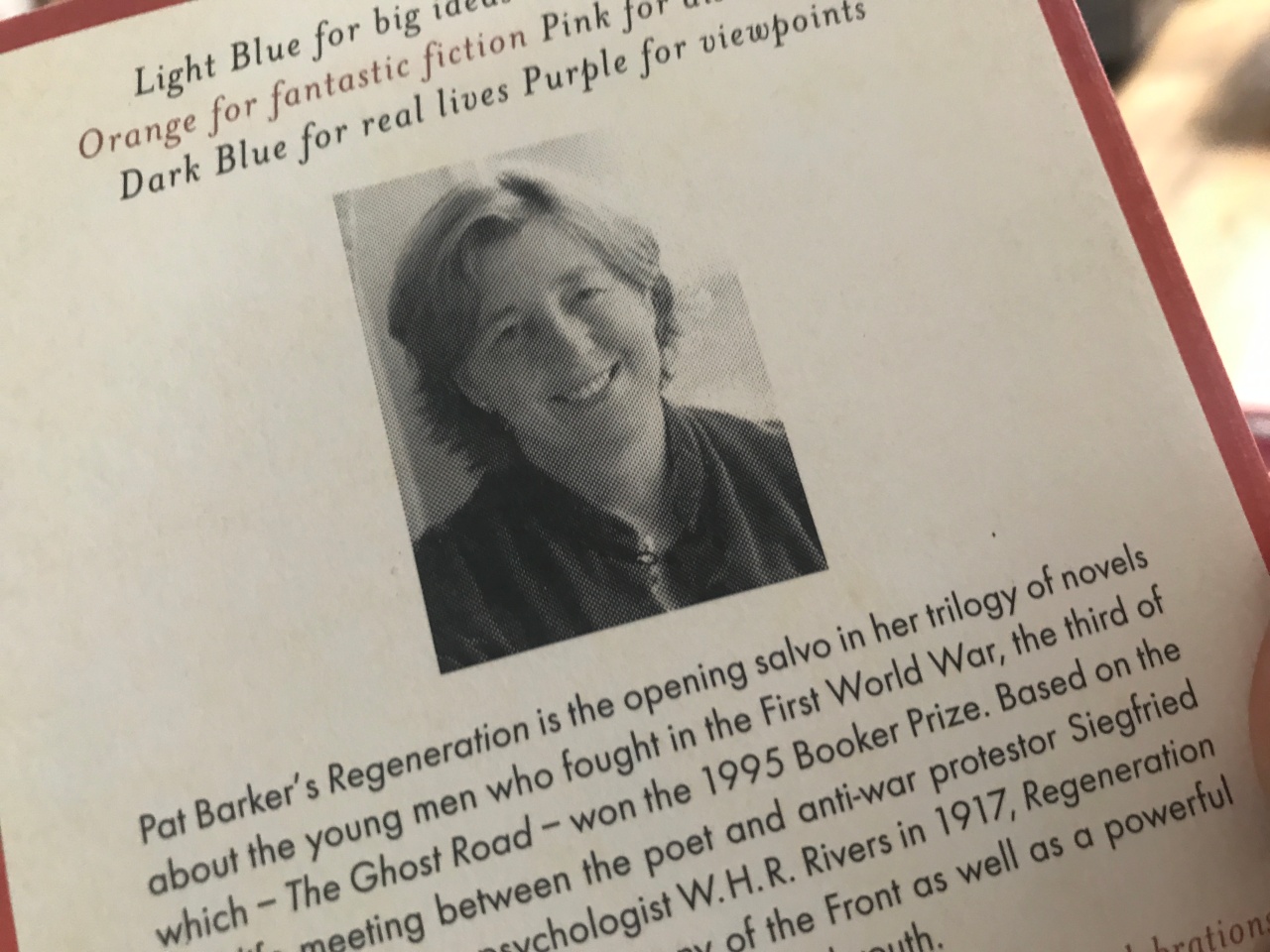 One of my favourite quote which I had to jot down is this one:

“…Somehow if she’d know the worst parts, she couldn’t have gone on being a haven for him…Men said they didn’t tell their women about France because they didn’t want to worry them. but it was more than that. He needed her ignorance to hide in. Yet, at the same time, he wanted to know and be known as deeply as possible. And the two desires were irreconcilable….”

I read criticism about her choice of characters – real people, a psychologist and a poet – and that she seems to have just taken ownership of them and stripped them of their own words/personality… I don’t know anything about them at all, but I thought that in the book they do come alive and ‘speak’ with their own individual voices.   The doctor and the patient.  The ‘state’ and the soldier.  Honour and dishonour,  friendship and love, moral duty v social duty, is war justified, can it ever by justified, is it ok to say ‘enough’, is that treason, how to cope, how to heal, is it morally acceptable to put together broken men only to send them back knowing they’ll be broken up again?

The reference to the war (we’re talking First World War) are more harrowing and more shocking that I’d ever imagined.

A good reminder. (A warning?)

1978 ­– Beauty: a retelling of the story of Beauty and the Beast (R McGinley