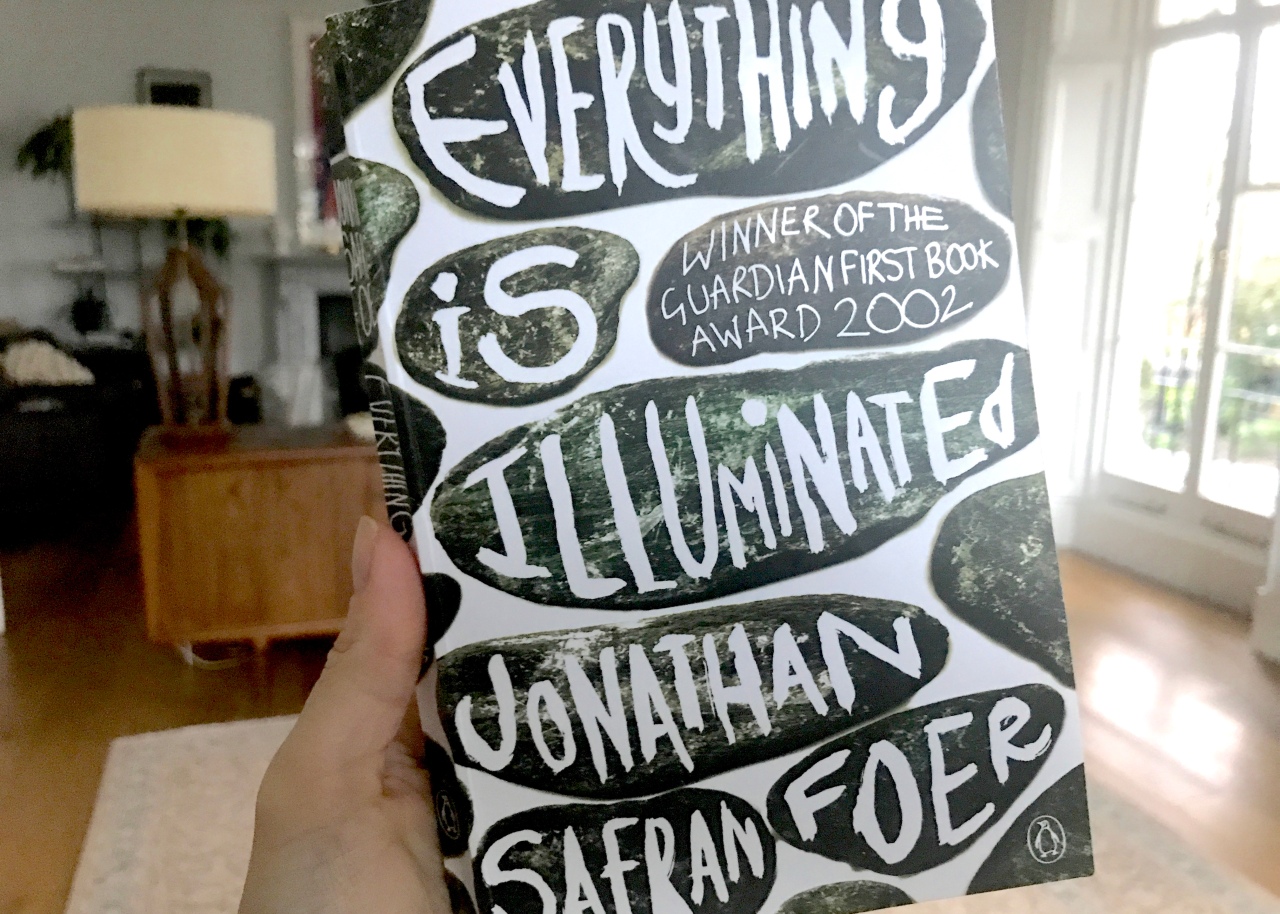 Everything is Illuminated (by Jonathan Safran Foer)

Ok, first a couple of points:  I think that Jonathan Safran Foer is a brilliant writer.  I really do.  I loved his latest book ‘Here I am’ and also ‘Extremely loud and incredibly close’ is one on my favourites… He has a fabulous subtle, self deprecating sense of humour that really makes me chuckle and he’s supremely clever.

His talk at the Cheltenham Festival of Literature a couple of years ago was really good and he’d have a place in my ideal dinner party table.  I’d love to sit him opposite Stephen Fry… what a combo that would be… 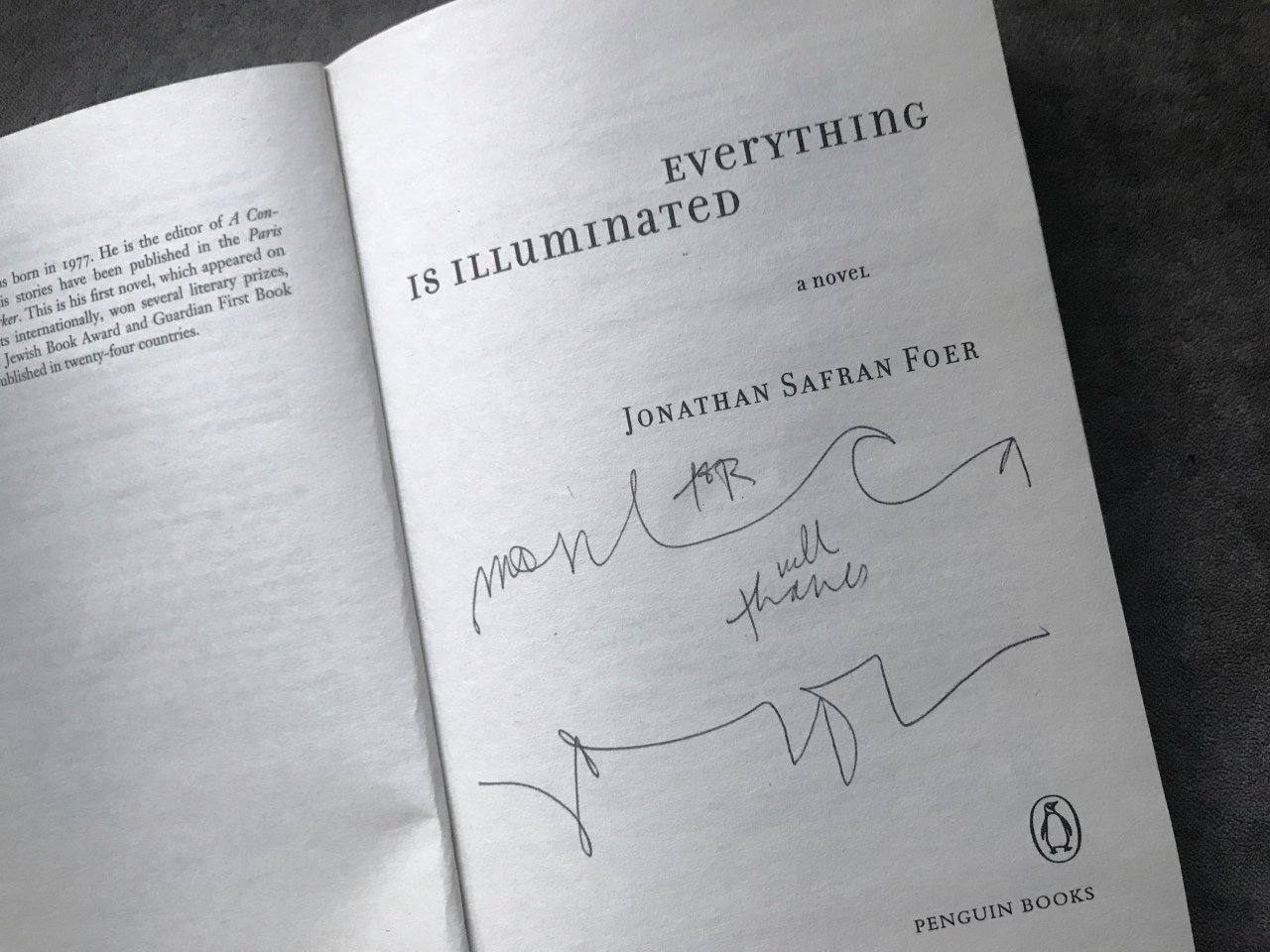 Having said all that… I really struggled with this book… really struggled, to the point that I would go as far as saying that if I’d read this one first I wouldn’t have been interested in reading any of his other books, which would have been a huge loss.

The book is split into two parts alternating each other, in real time the young author visit Ukraine in search of the woman who helped his grandfather escape the Nazis.  The story is told in the most hilarious broken English by the Ukrainian guide Sasha/Alex.  Brilliantly written and very funny; cultural differences, bad English… all adds up to form a very very clever written piece.  So far so good…  The other part, written by the author is supposed to be the story of the Jewish settlement where his grandfather came from, but it’s a completely surreal, non linear (nothing wrong with that), part history, part allegory, part philosophical attempt to I’m not sure what… to explain something about history? to make  up something that nobody knows about? And it drove me insane.

I really really struggled.  I got annoyed and a few times I closed it in anger swearing not to finish it.  I did finish it but more out of stubbornness than anything else.  It felt ‘too clever’… like a classic first book when you feel the author wants to show everything he knows at once…

Perhaps though, it’s my fault I didn’t get it, yes, it has moments of genius but… not enough for me.  Maybe I read it at the wrong time in my life, it can happen… but still…. not my jam.

Good luck with that.

Let me know what you think.

1978 ­– Beauty: a retelling of the story of Beauty and the Beast (R McGinley