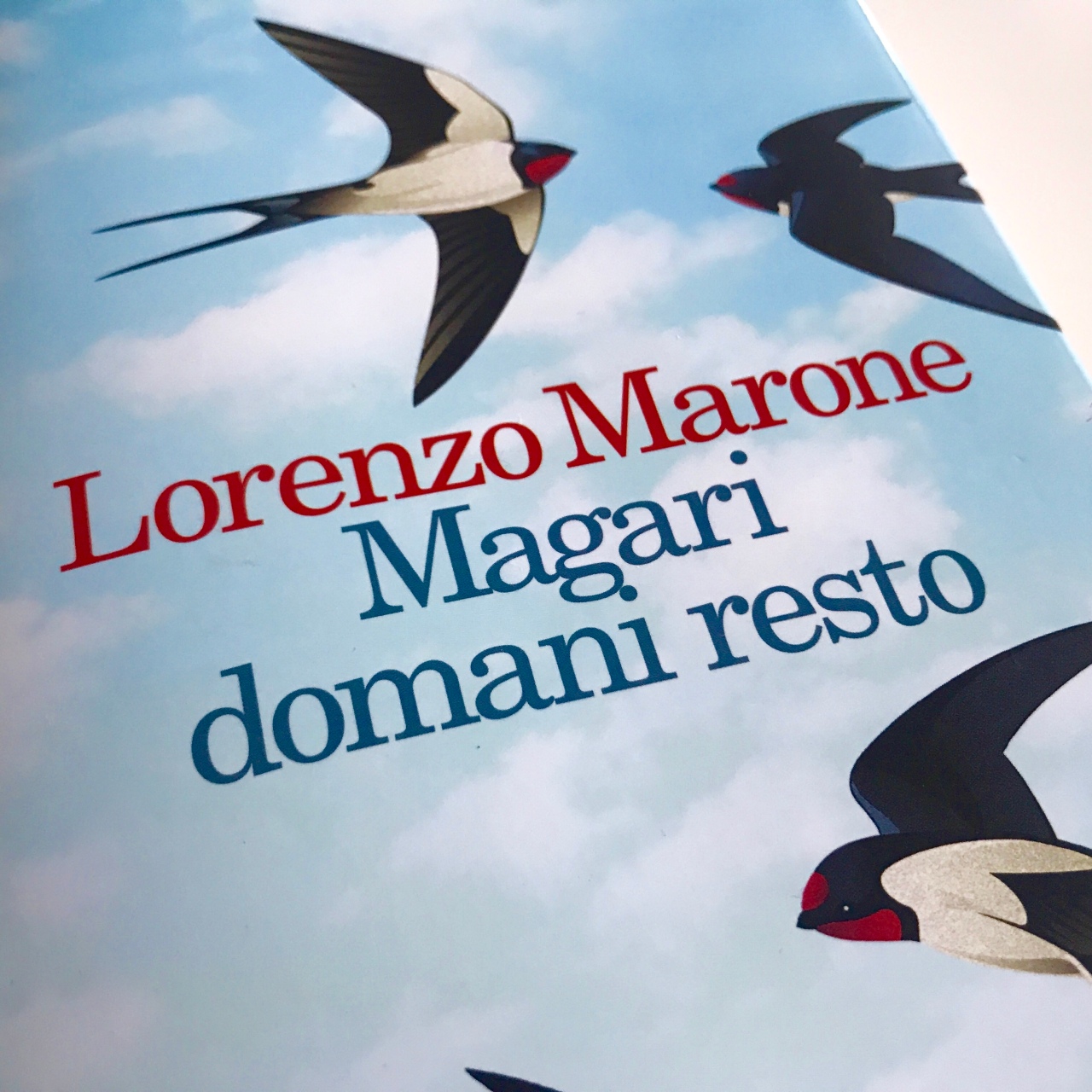 The first book in this year’s challenge is an Italian one.  It was a present from my oldest friend when she came to visit last year and what a lovely surprise it turned out to be.

‘Magari domani resto’, loosely translated as ‘maybe tomorrow I’ll stay’, follows a period in the life of Luce (Light) a struggling lawyer, newly single, with a dysfunctional family and a job she doesn’t like in a Napoli she thinks she wants to escape from.  Life is funny sometimes and you can’t but fall for her honesty and depth and humour, for her old philosophical neighbour for the kid that enters her life and his naive mother and the travelling French boyfriend and her fight for a better life…

It is a delightful, feel good book that will leave you with a smile.  I don’t know if it’ll ever be translated in English, but keep an eye out because if it does it’s a lovely read.

The author is an ex lawyer, born and bred in Naples – and younger than me, as the whole world seem to be at the moment – and I’ve just discovered that his first book is indeed available in English and it’s called ‘The temptation to be happy’ (for example here).  It was published in 2015 and I’ve put it down as a possible for that year.  I know you should choose a book by its title but….

The current list looks like this.  I need more suggestions people!!  Don’t make me do all the hard work… geesh, call yourself friends?

The barely updated list (two books added) is as follows: