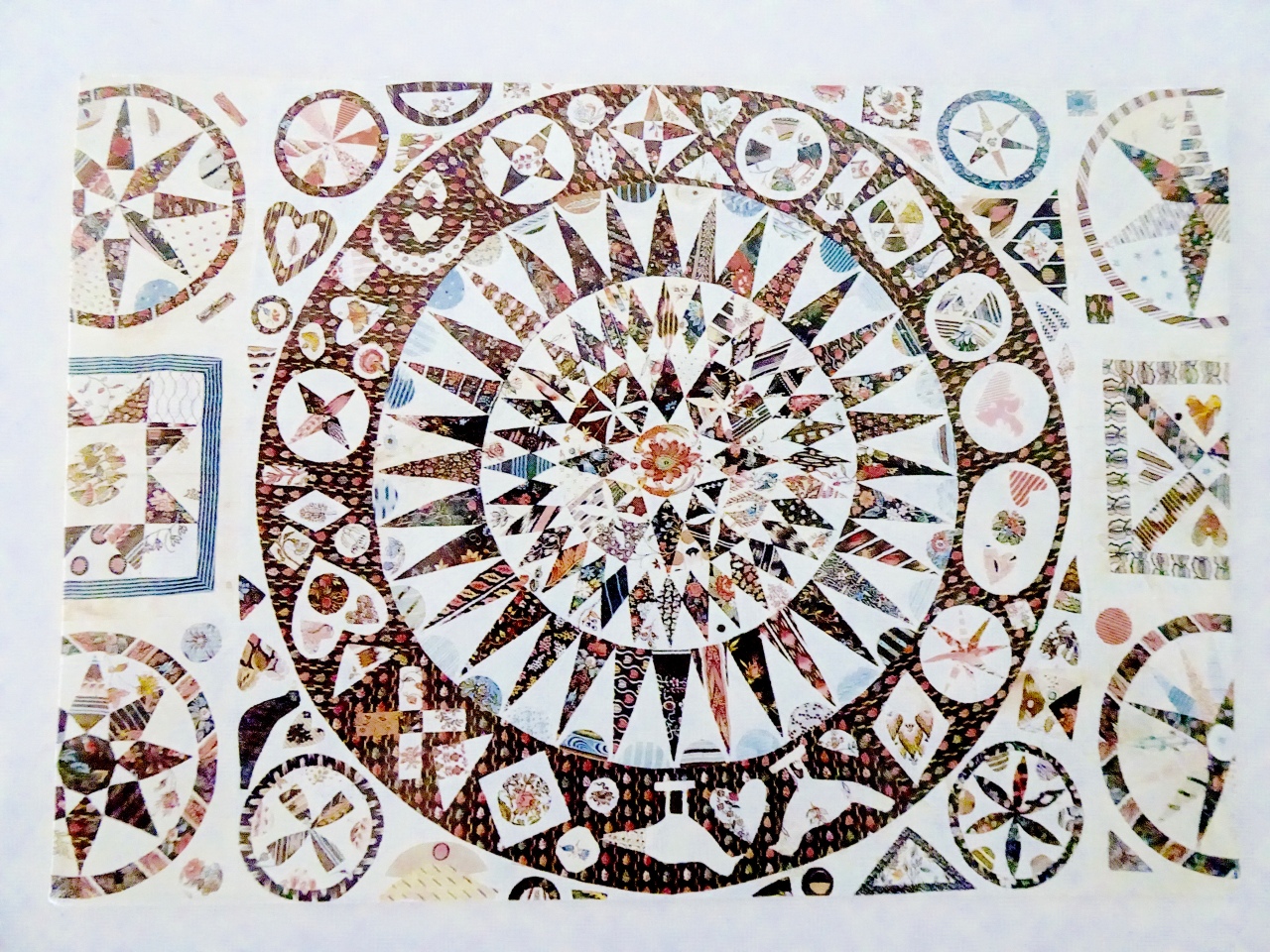 Allow me a little moan.

A couple of Saturdays ago I managed to get into this ‘talk/small tour’ behind the scene at the Wilson Museum here in Cheltenham.  The subject?  vintage quilts from their archives.

(side note I got in on a ‘senior’ tickets that somebody returned…. nobody queried it… slightly depressing)

Anyway,  we were shown three incredible quilts.  I mean seriously beautiful… BUT… we weren’t allowed to take any photos.  THAT I don’t understand.

We were given an A4 piece of paper with a tiny partial photograph of each quilt… and that was it.

Now I could understand if the quilts were perhaps part of their regular collection and one were able to purchase materials on them or see them all the time… but no… they’re carefully rolled up or boxed away from the public. 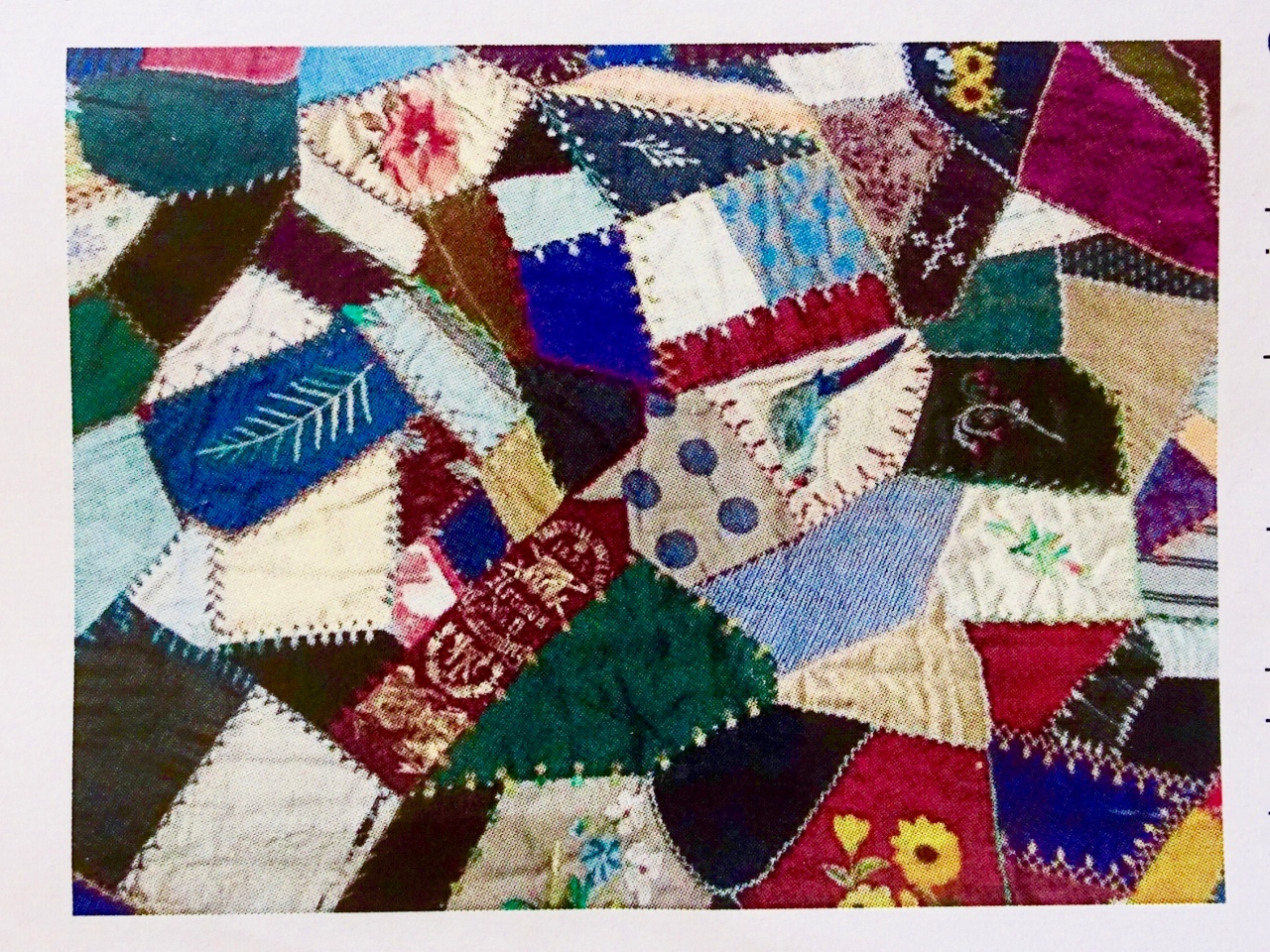 We were shown a superb example of crazy quilting of probably 1887 (one corner says Mother 63 years 1887), incredible array of fabrics (including ribbons and bookmarks) and wonderful embroidery… It’s not my favourite style but I had to be impressed with the craftsmanship.  The photo does not do it justice.

The next one was huge and in a style I had never seen.  All the motives had been cut out from different fabric and appliquéd (quite roughly in places, suggesting perhaps a few different contributors.  What the museum knows from its donor is that it was made in Golagh, Co Monaghan, Ireland by Elizabeth Isabella Wood-Wright, her daughters and her maids.  It contains flowers, animals, the family motto and one of the patterns in the fabric used is the Thames Tunnel built by Brunel in 1843.  (Very odd…)

The only photo I have is taken from the sheet and is pretty useless: 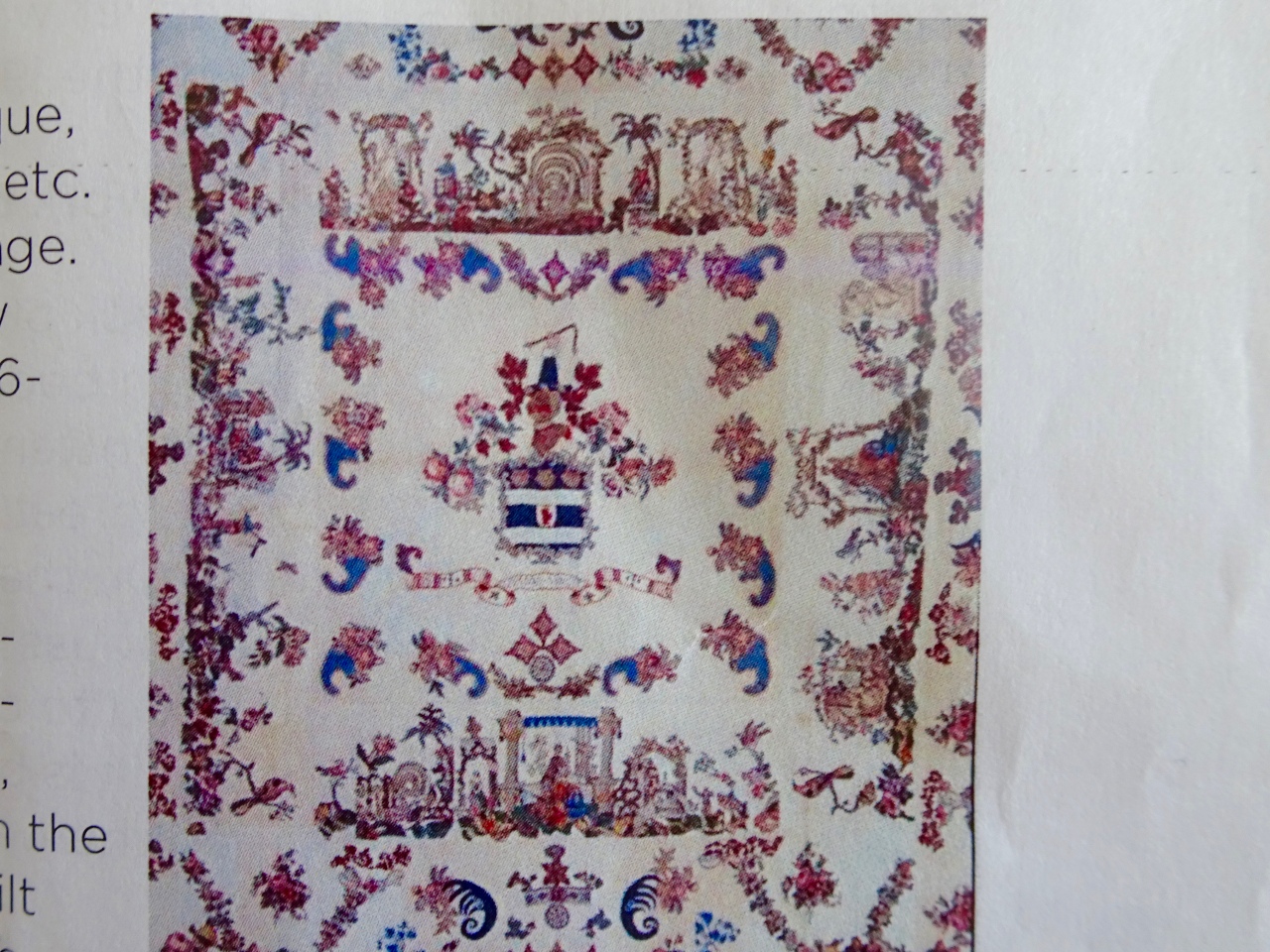 But it’s the last quilt that we were all there for.

It’s called the Jane Pizar cover from the lady who made it, again in Ireland between the beginning and middle and the 19th century. 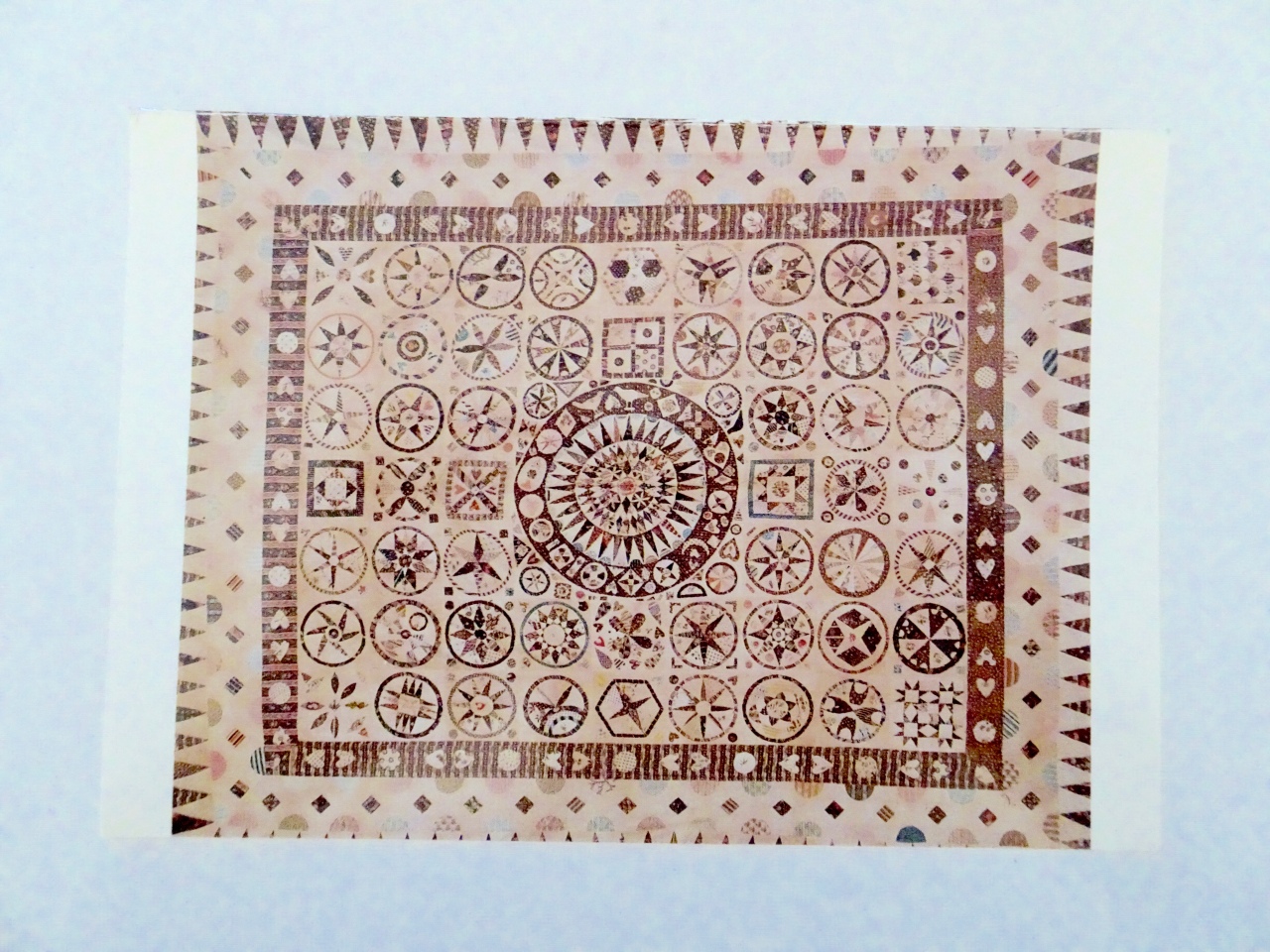 I’ve only got a postcard of it and it was really sad not being able to take more pictures.  A few years ago it sparked a mad craze amongst quilters all over the world.  There are so many pictures on Pinterest of people who have reproduced it or have taken inspirations from it. (See here).   People who have analysed the fabric used in this quilt speculate that perhaps Jane either worked to an old pattern for the design of the quilt, or she worked on it every many many years.  (… not a modern phenomenon… procrastination…).  It’s all a bit of a mystery.  Some people call it a marriage quilt because of the motifs (hearts, birds in nests, moons…and if you really would like to make your own this lady has created a pattern for it… (for purchase as a kit here).

The design is inventive and original, full of surprises… and the fabric is just incredible… I wonder what it looked like when it was first made.  The calico white… and the vibrancy of the colours must have made it look totally different.

What I don’t understand is why oh why is it tucked away in layers of tissues where nobody can see it?  These days we know how to preserve mummies and dinosaur bones…  surely…

I honestly thing this quilt should be treated like the uber famous ‘Dear Jane’ quilt that each year gets exhibited for a little while at the Bennington museum in Vermont.  The museum could definitively make money out of it…